A Racing Quilt and a Real Story 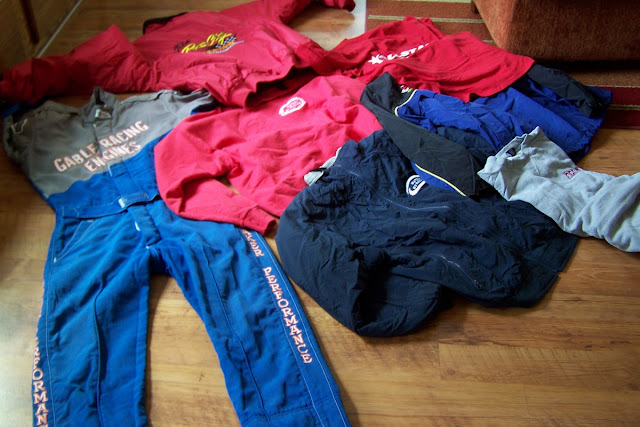 What to do with this motley crew?  I was asked by one of my Facebook fans and local customer if I could make a memory blanket out of some old car racing clothes. I always say yes and think later! 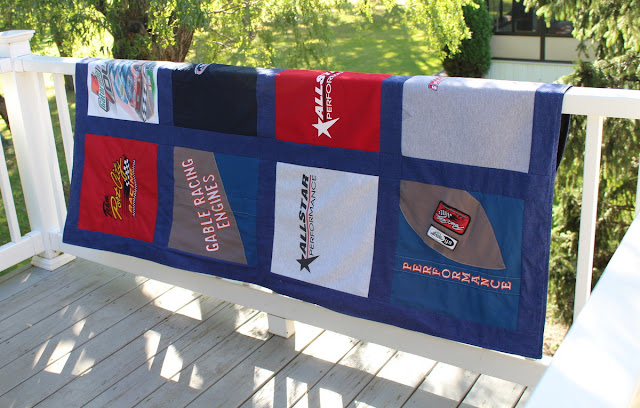 Bonnie introduced me to my first Cheesecake Factory cheesecake and I had a new friend!  She kindly waited while I worked on all my graduation orders so her clothing items sat under my work counter for a long time. 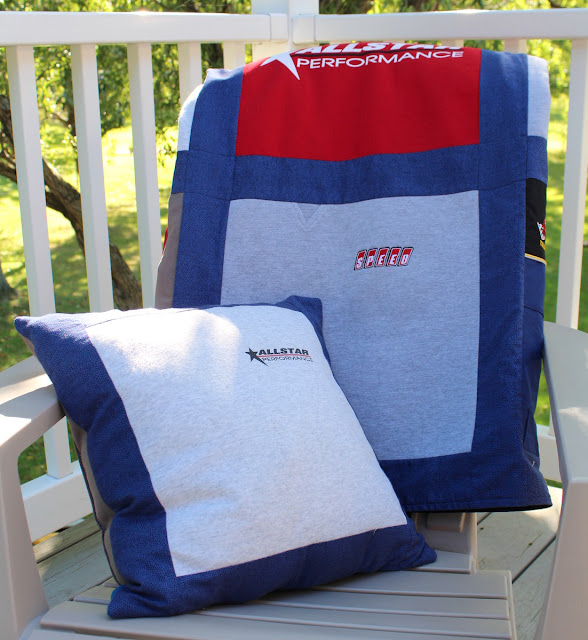 When I finally pulled them out I was a bit unsure how to tackle them.  There was the “jumpsuit” (as I called it.  I was gently informed that it is a “fire suit.” But, hey, I’m an 80’s girl – I’m all about jumpsuits!) 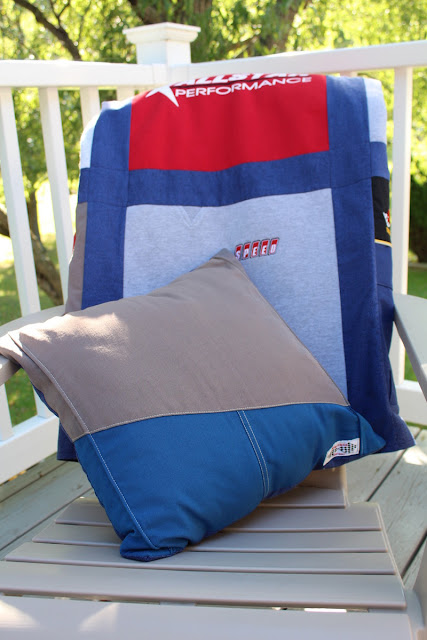 Sometimes it’s really hard to cut into items. At the same time, I just start cutting to get the creative ideas flowing. The fire suit had such great stitching lines that I wanted to use as much as possible. Here is some of the leftover which became the back of this pillow. 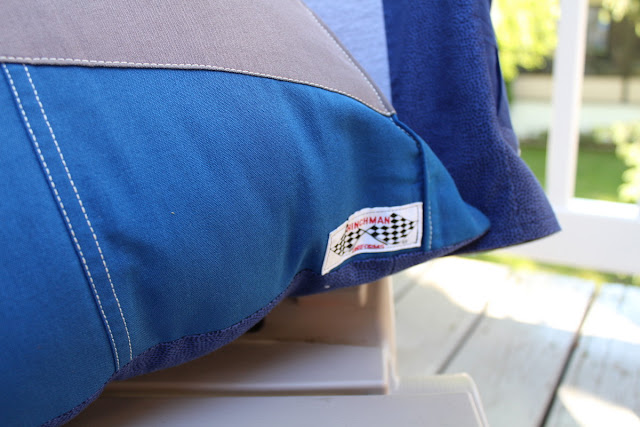 Bonnie’s husband raced for 27 years in oval track asphalt stock car racing. His parents both owned the car, and his entire family came to watch every Saturday night, rarely missing even one Saturday. His dad died unexpectedly in 2008 right before racing season. Bonnie says they still have the car, but her husband decided that, without his dad, he was ready to retire because it would never be the same. 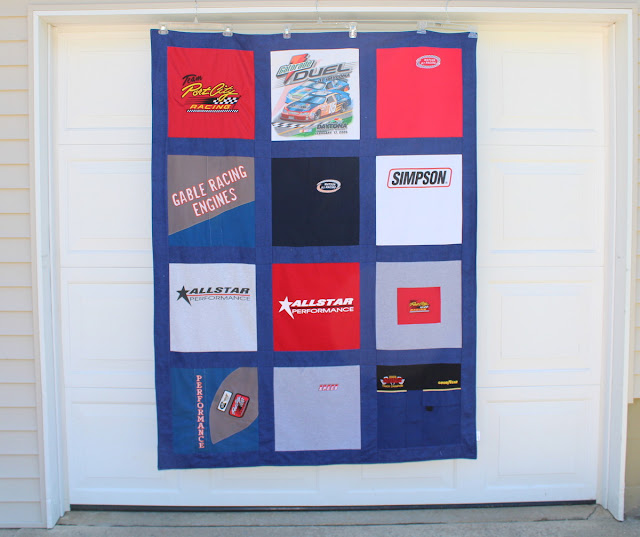 These items belonged to Bonnie and her husband and they include t shirts, sweatshirts, and jackets. I cut the jackets apart, removed the zippers and stitched them back together. I took the pant leg of the fire suit with the word “Performance” on it and added an interesting sleeve section with patches. 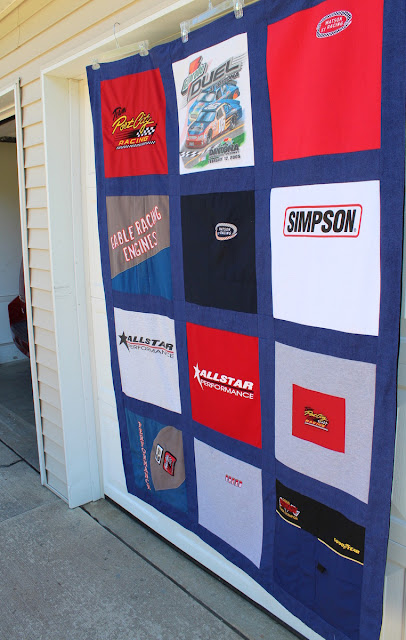 Even though these articles of clothing belong to Bonnie and her husband, they hold a lot of memories of time spent with their dad. 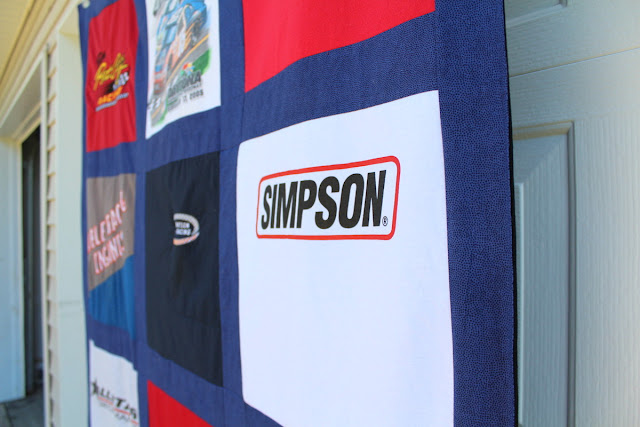 The backing is a black sweatshirt fleece. It’s a nice, heavy blanket but also thin. 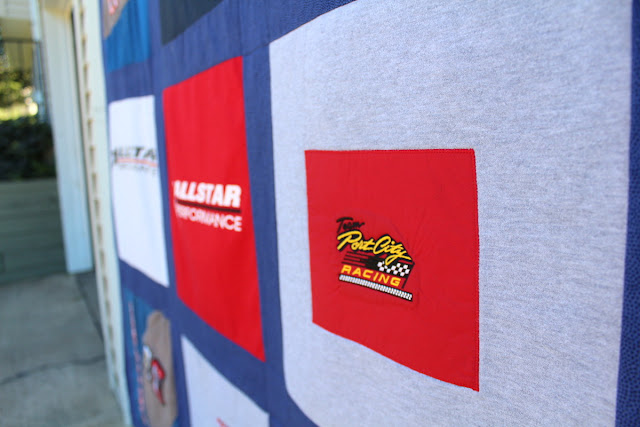 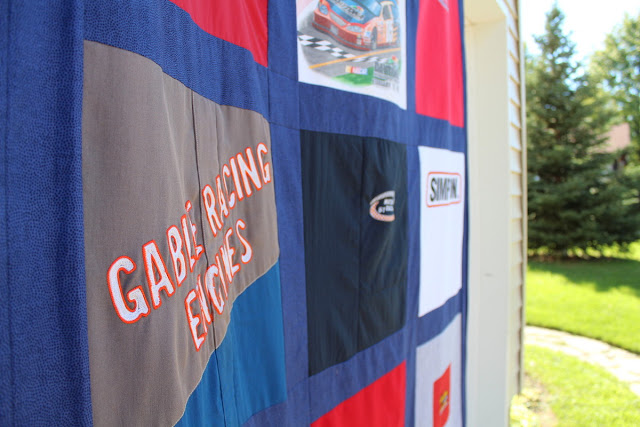 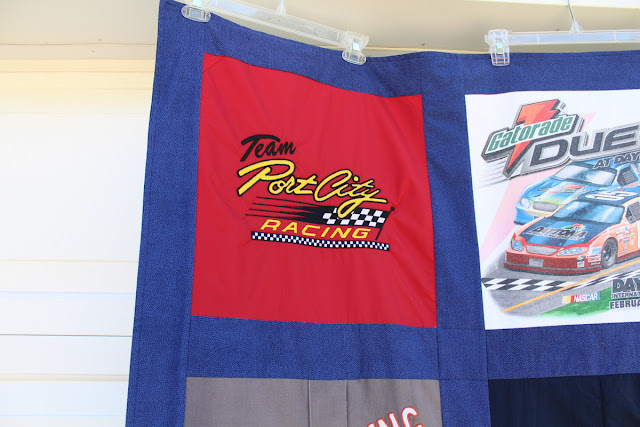 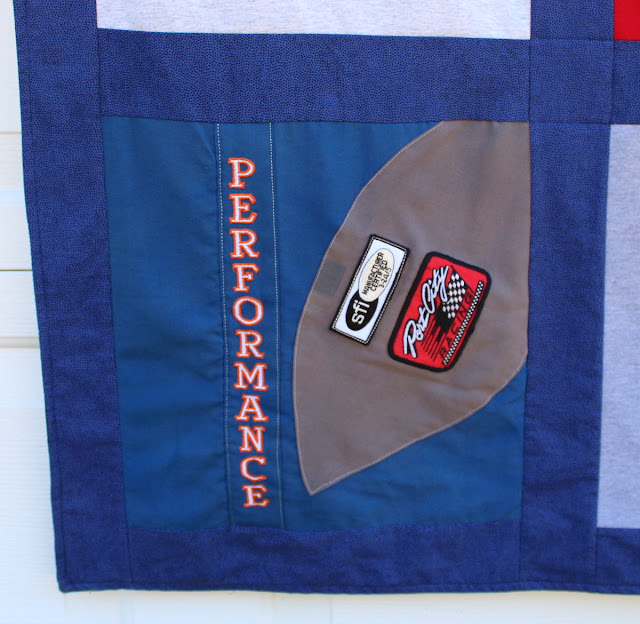 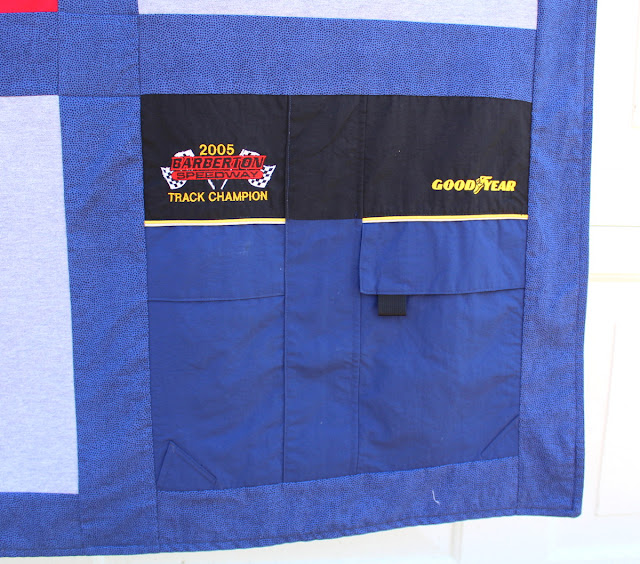 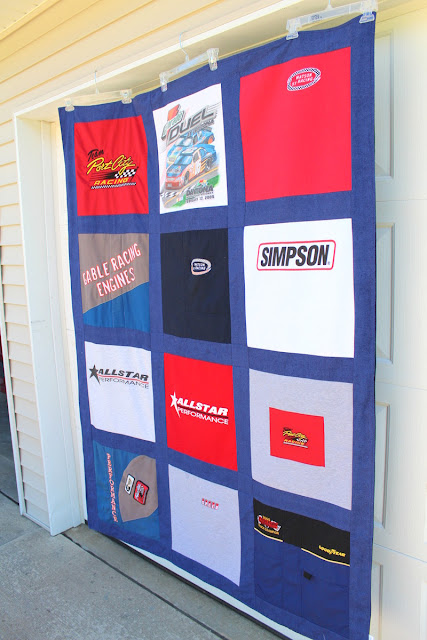 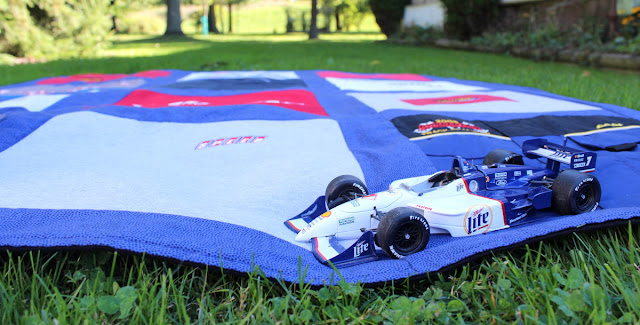 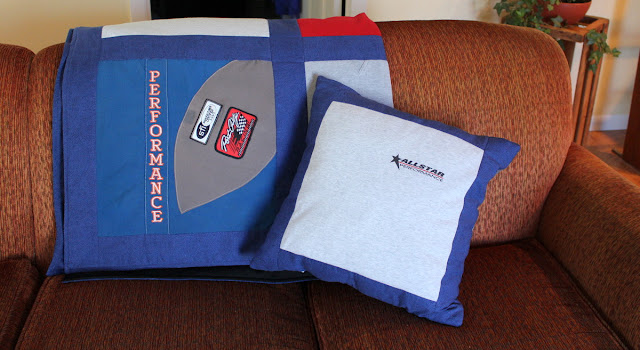 I’m thankful for the opportunity to create this memory blanket, so Bonnie and her husband can hold on to cherished memories.  I’m also thankful that I can look forward to a new friendship! Thanks Bonnie!