Annie’s At It – Crafty Gifts in Bulk 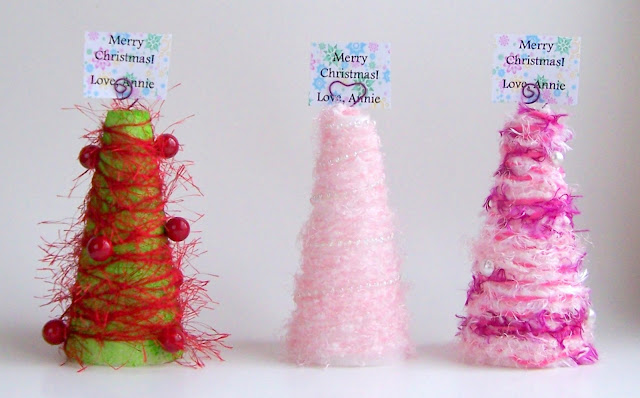 Annie has been creating up a storm this past month.  Most of the items that she has made I’ll share with you after Christmas.  She and I both like to make some items in big batches.  She usually makes gifts for all of her aunts and also wanted to make something for her friends.

For the aunts, she was inspired by a simple craft in American Girl Magazine.  They wrapped foam cones with pearl ribbons and other items to make lovely trees.  Annie chose to use whatever she could find around the house.  This included yarn and glue with buttons and other items for accents.  She placed a fun paper clip in the top of each one that can hold photos. 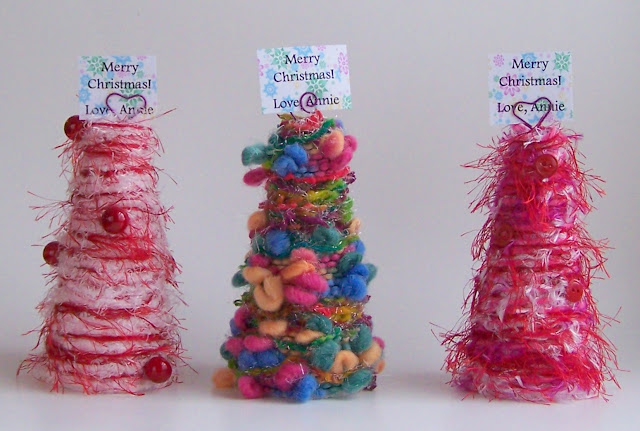 I picked up some bottle caps so she could make magnets for her friends.  At first she wasn’t sure about the idea but then starting thinking about what she could put inside and had a blast finding monograms and images specific to each of her friends. 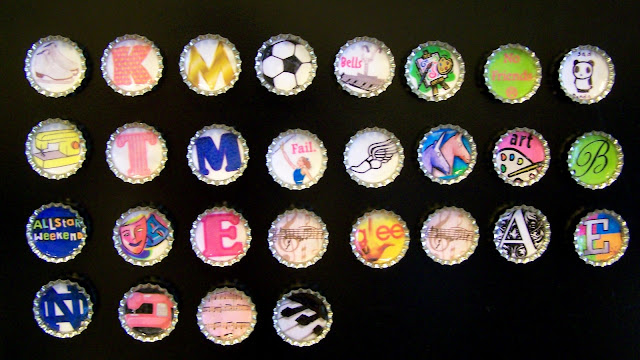 She simply determined the size of the bottle cap.  Created a circle to that size and filled it with images.  She used a hole punch to cut out the image, then placed into the cap and topped it with Modge Podge. 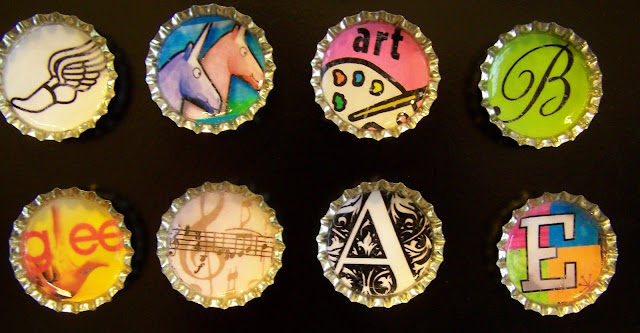 And when you’re having fun making things for others, sometimes you have to make it for yourself, too!  Who would’ve guessed that she would make a sewing machine?

I think the teens are going to love using these in their lockers!