Behind the Scenes at Maiden Jane – a Disney 16th Birthday Party 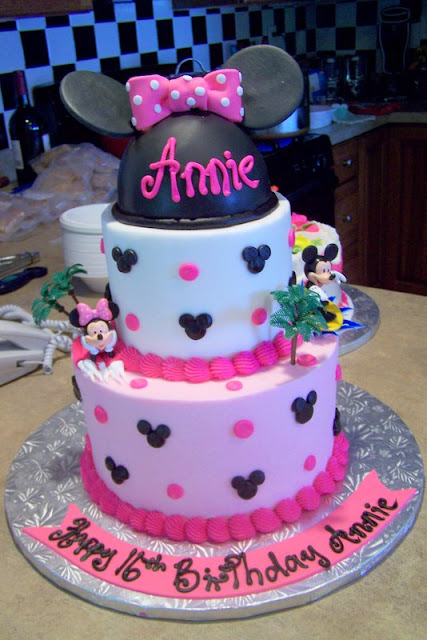 I took an unexpected blog break last week.  Life was just a bit full and I decided not to take the time to write each morning.  I suppose there may be some of that this summer as I will be surrounded by kids’ activity.  There is an element of “air traffic controlling” around here.  It’s not that I’m necessarily running places, but with three drivers in the house I am managing cars and schedules and the revolving doors of teens in and out of the house.  I have short period where I am actually not the mother of “3 teens” as my oldest is now 20 – but my youngest will turn 13 in a few weeks, so I will perpetually be the mother of teens it seems.

Yes, I am mired in T Shirt quilts so I thought rather than bore you with that I’d bore you with some of the things going on in my life. I’ll be sharing some of my non-sewing life….not exactly as ordered and precise as my sewing.

I’ll start with Annie’s “Sweet 16” birthday party.  She planned the entire event.  Now, it was on the same day  that my husband and I ran a 5K, then I took Annie to take her driving test, which she passed.  The rest of the beautiful day was spent preparing the house and yard for 20-some teens!

We’ll begin with the two amazing cakes, purchased by our dear friends from an amazing bakery on the west side of Cleveland.  A Mickey layered cake and a princess cassata cake. 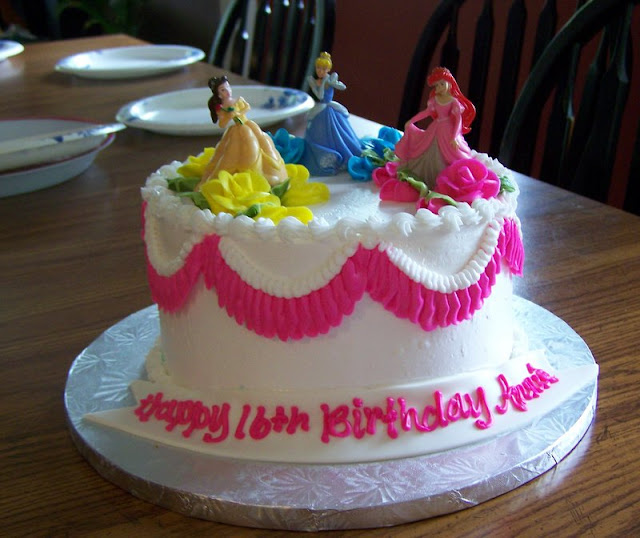 Annie purchased and/or made all the decorations. 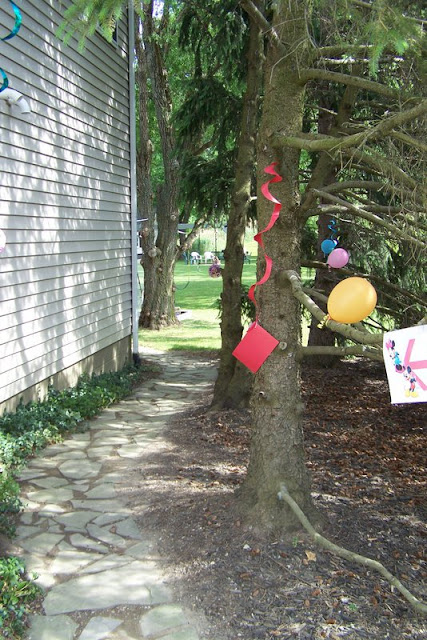 That’s my chalk cloth banner.  She chalk-markered the lettering in Disney style – which I thought was amazing. 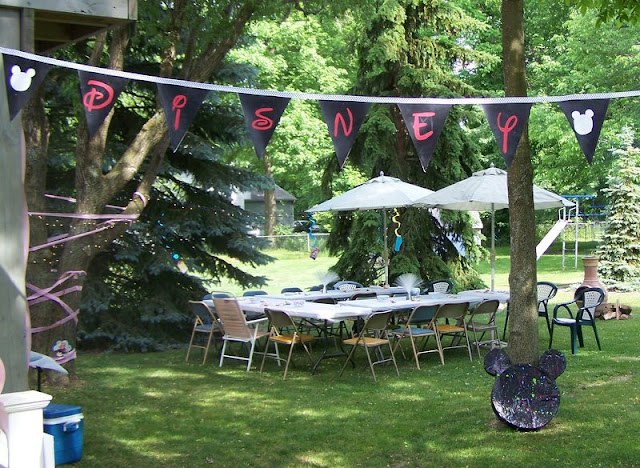 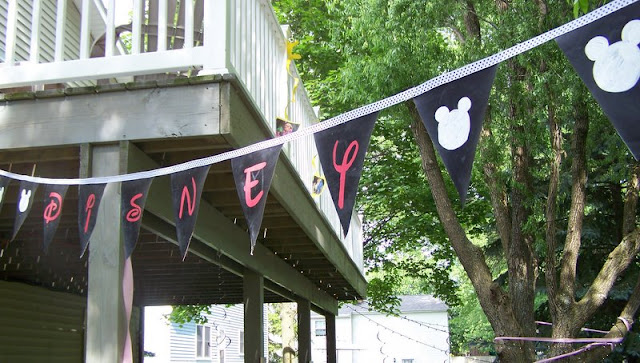 She constructed a Mickey Ears pinata using cardboard scraps which she formed into cylinders.  She then paper-mached it and painted it.  She thought the black was a little boring so she paint-splattered it and the effect was fantastic! 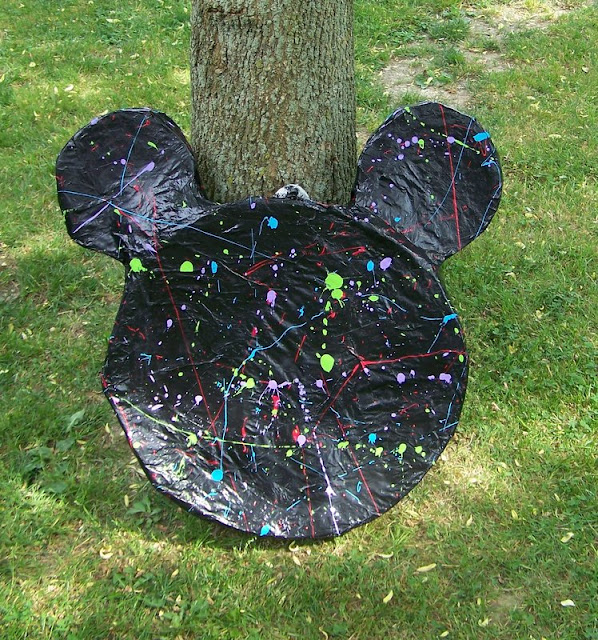 Do you want to know what my husband and I argue about?  Table locations, chairs, etc.  My dear husband is very particular about how parties are set up to maximize interaction.  (He would also prefer that all the chairs match, but we couldn’t swing that….) He had a table arrangement.  Annie and I rearranged it and then my husband came back and arranged it in this setting…. 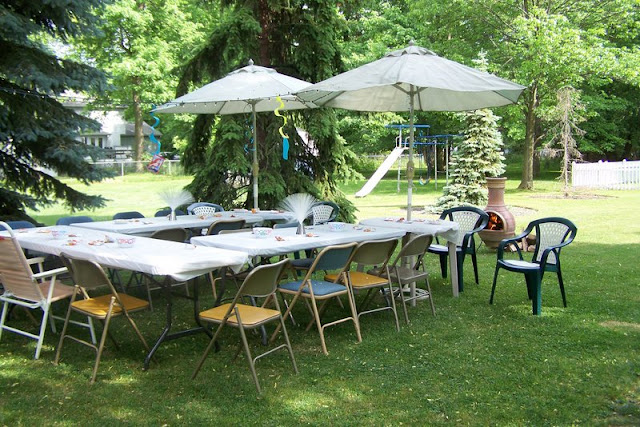 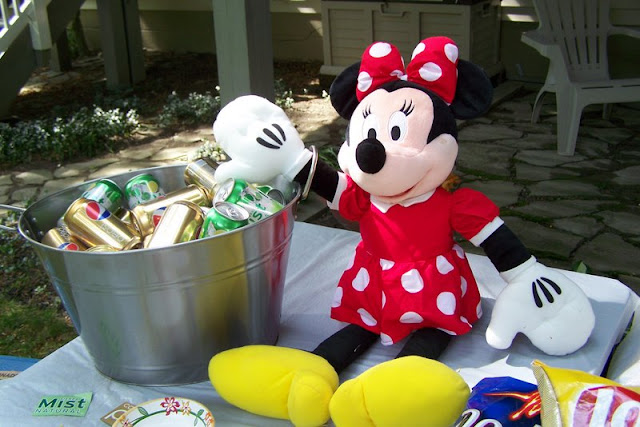 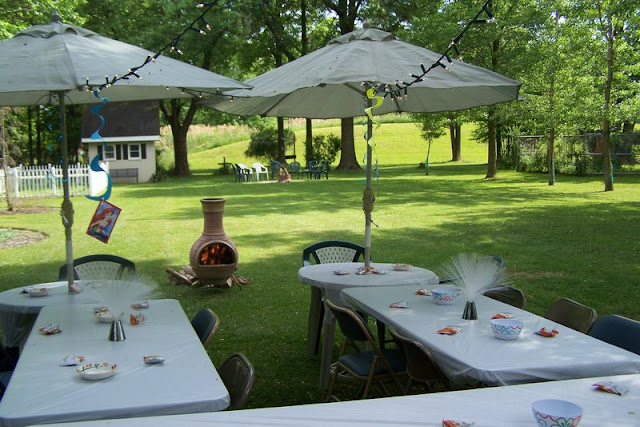 Mr. Maiden Jane, always moving and working, behind the scenes.  He made sure all the lights worked! 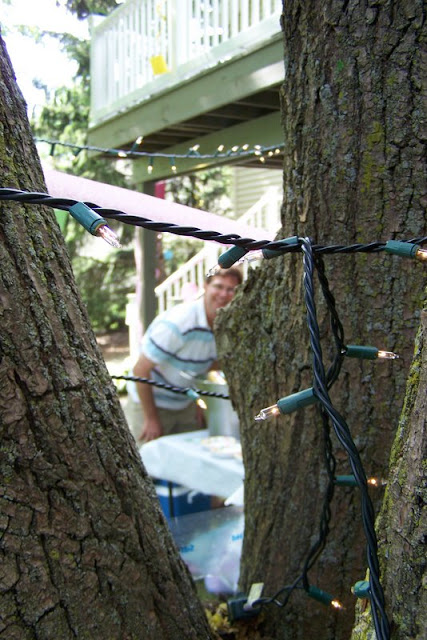 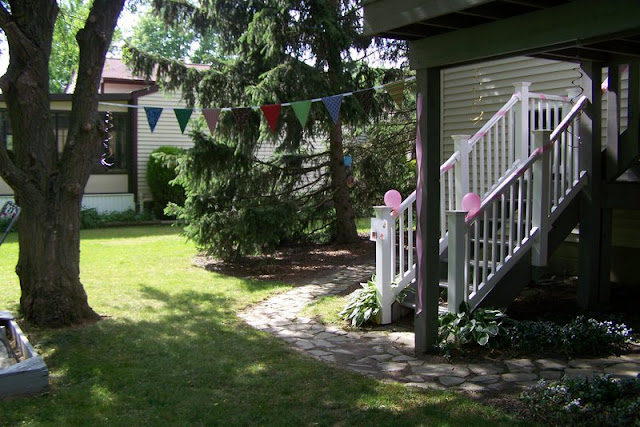 You’re never too old for Disney are you? 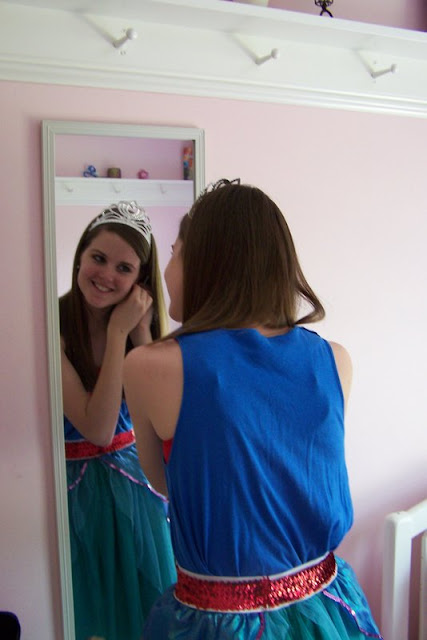 Annie had an old Ariel costume.  She cut off the bottom and sewed on a sequined elastic waistband. She added some clothes from her wardrobe to create a cute outfit.  And, of course, she added a crown…. 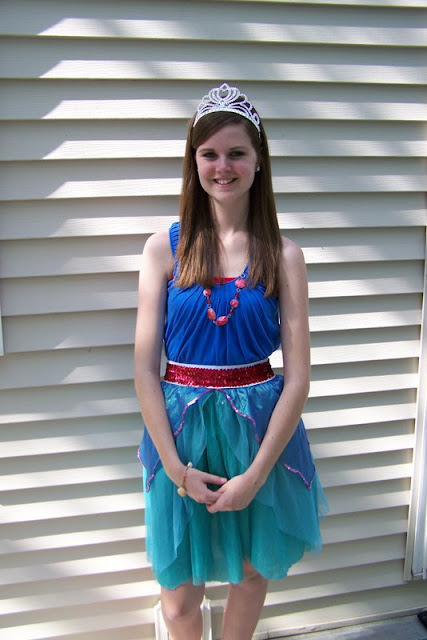 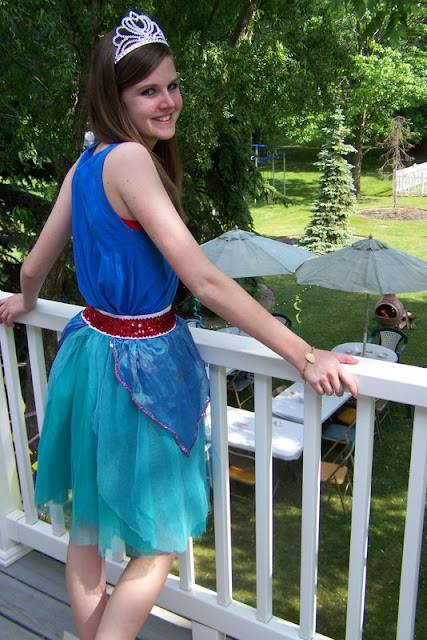 Marge in Charge entertained some of the adults inside. 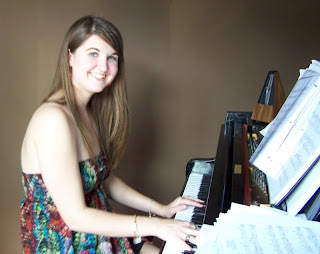 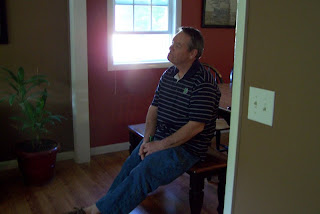 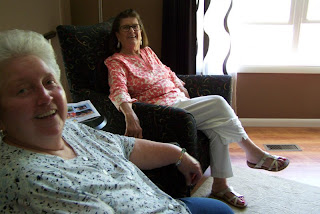 I love this shot of the kids from the deck. 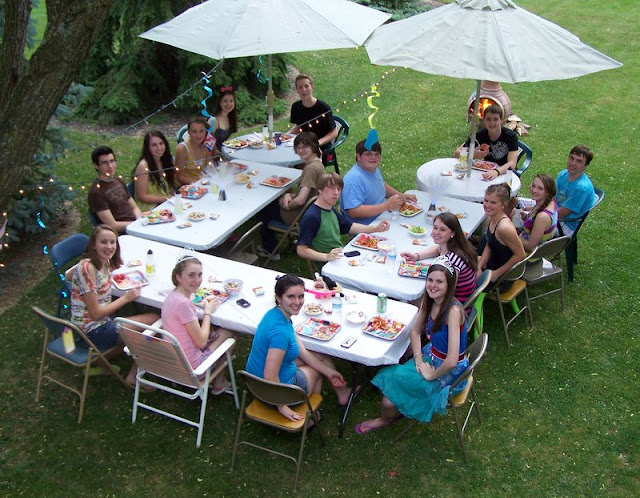 Annie planned a few relays based on Disney themes.  One was a costume relay where the kids had to throw on crowns, boas, gloves, etc.  Another was balancing cups on a platter, as in “Be Our Guest.” 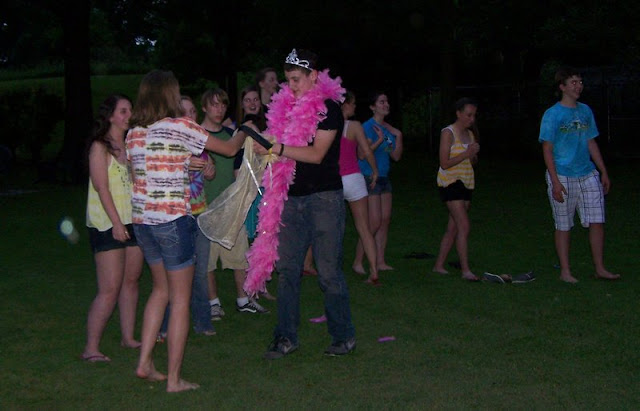 The kids were high energy and full of smiles. 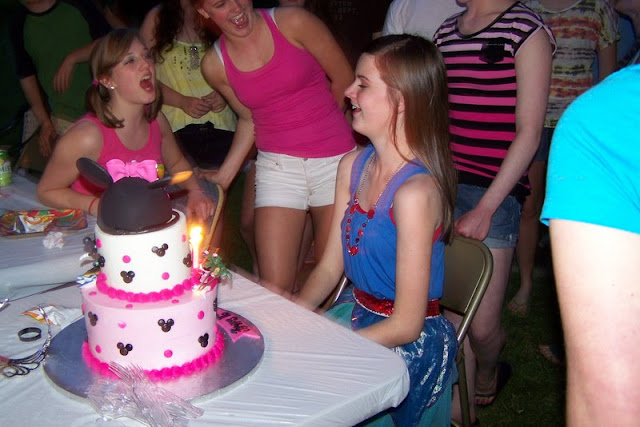 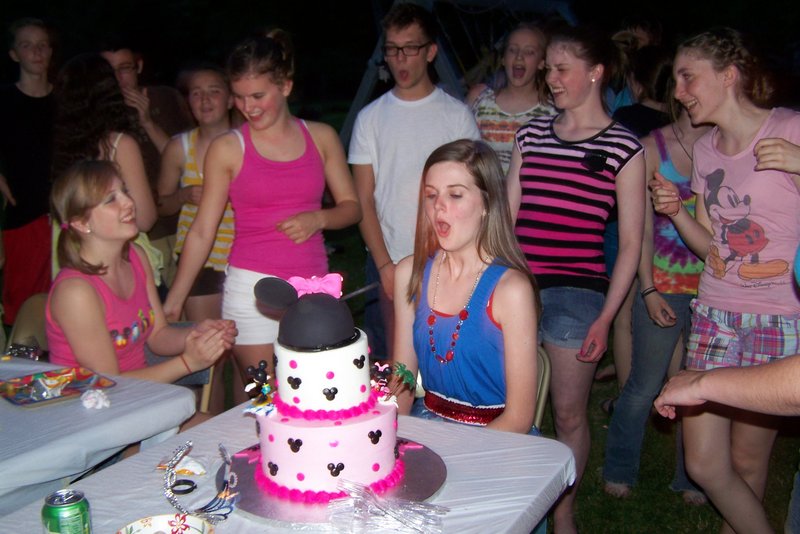 She had a wonderful time.  The kids were great.  And I was tired…..