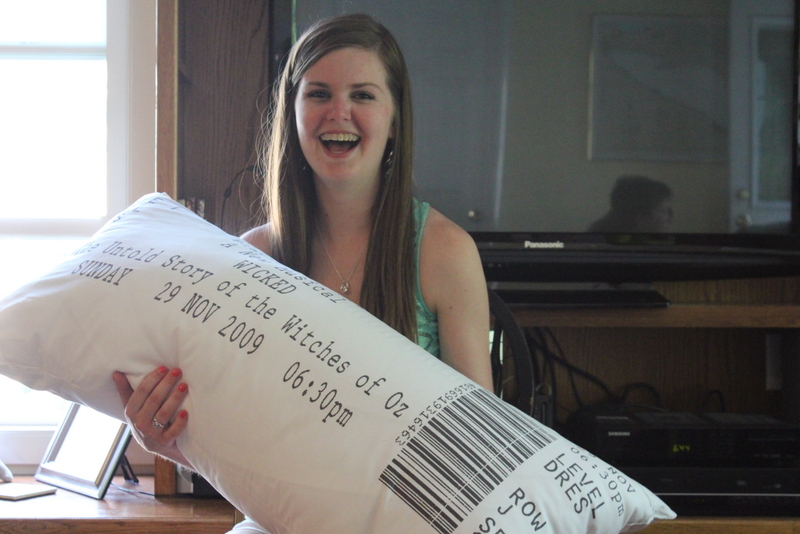 Is that not a happy face? I unknowingly planned a Broadway theme with Annie’s birthday. It started with this pillow made from the tickets from her favorite shows. She has saved most, if not all, of her tickets to musicals, which she loves. She had them clipped on a string in her college dorm room. (My husband wanted to laminate them for her, but they are heat-sensitive and turned black.)

I had always wanted to make a pillow for her using the tickets. I have seen small versions using printers. But I wanted a large pillow and planned to use Spoonflower to print the fabric. I scanned the tickets of two of her favorite musicals: Wicked and Les Mis, at the highest resolution possible. I then did battle with Photoshop Essentials to create a file which had both of the tickets in it. I still have not mastered Photoshop. I haven’t even come close to getting past one layer! It’s simply not intuitive for me. I default back to my comfortable Power Point. There, I added the two images, cut out my name on the tickets and straightened the photos. I saved the image as a JPG and then imported it into Photoshop. Once there, I resized the image to fit the width of the fabric. This article on Spoonflower explains the sizes to use. I ordered a yard of Kona cotton, which is 42″ x 36″. So, in Photoshop, I made sure to set my width to 6300 pixels, or 42″. 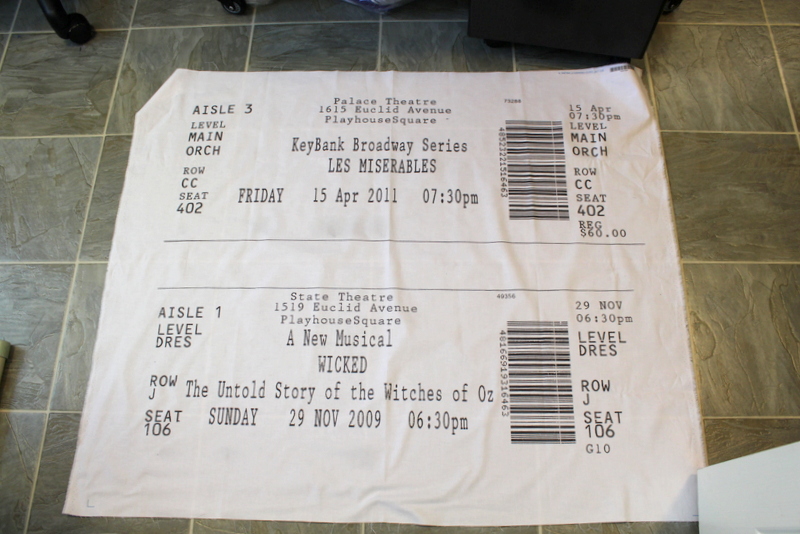 Here you can see the fabric on the floor. I washed the fabric. It has a really nice hand to it. I decided to use it as is. I sewed in a zipper on the long edge and then sewed it together along the remaining sides. I was too lazy to stuff the pillow and found an extra-large King-sized pillow at Target for $10. Unfortunately, it was a bit too wide and a bit too short, so I opened it up, adjusted the stuffing, added a bit of muslin and sewed it back up. 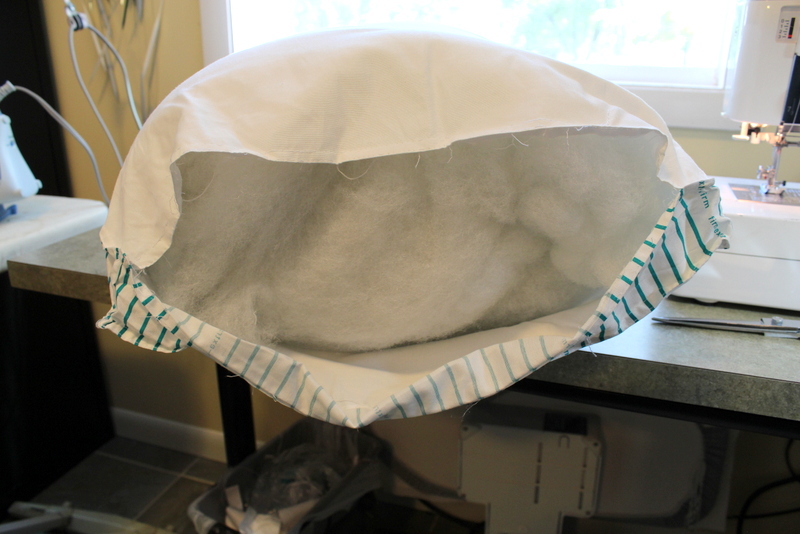 Annie was very surprised and loves to use it as a body pillow. She also thinks it will work well on her bed next year to help create a “sofa back.” She doesn’t want to bunk her bed in her dorm room. Therefore, she won’t have room for a futon. She plans to have lots of pillows on her bed so she can lean up against the wall. 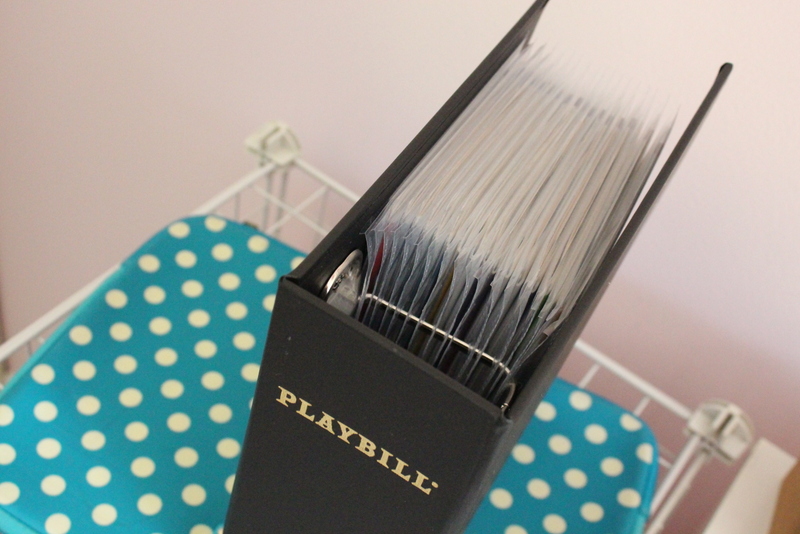 Annie has been saving her Playbills from the musicals so I took a look around the Playbill Store and found a few items I thought she’d like. This binder has sleeves in which to place the Playbills. 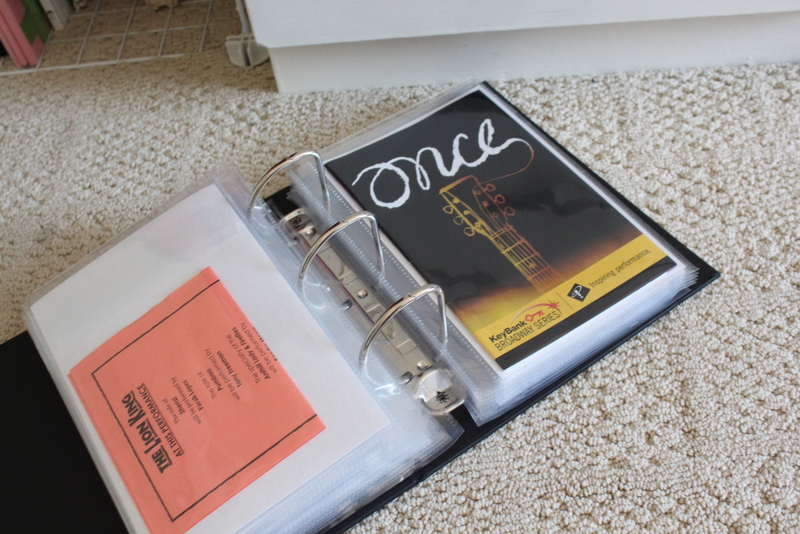 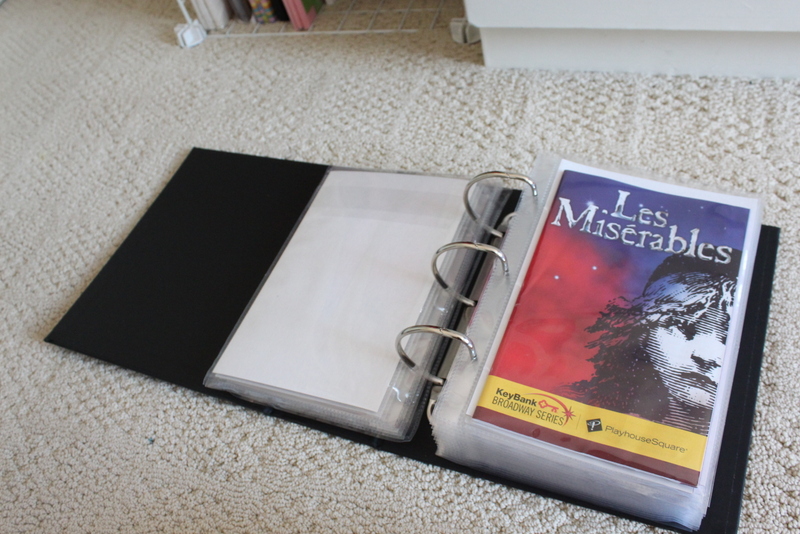 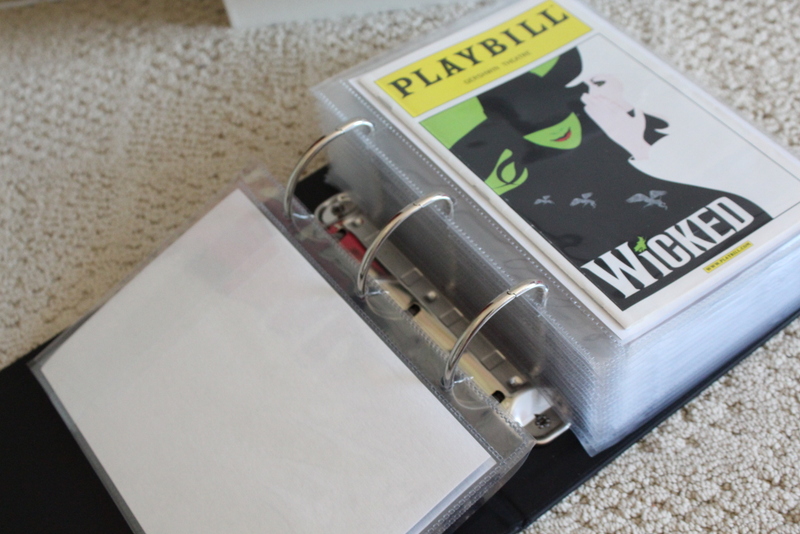 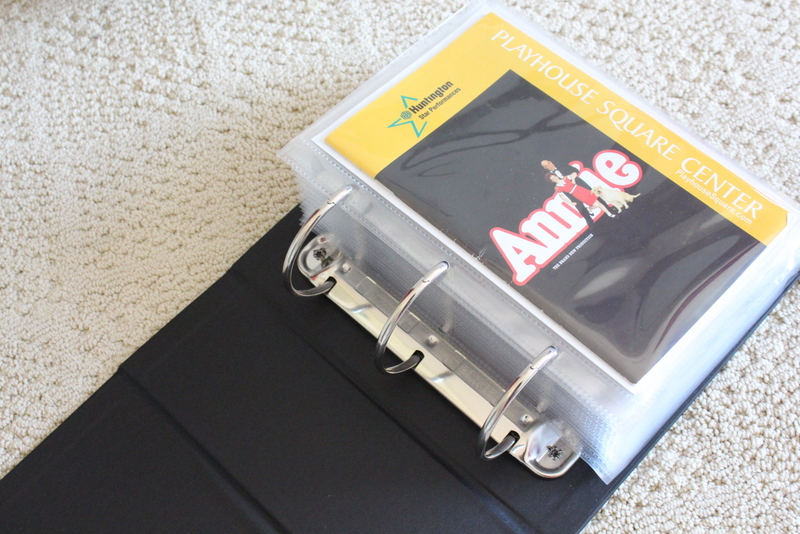 She quickly filled it! 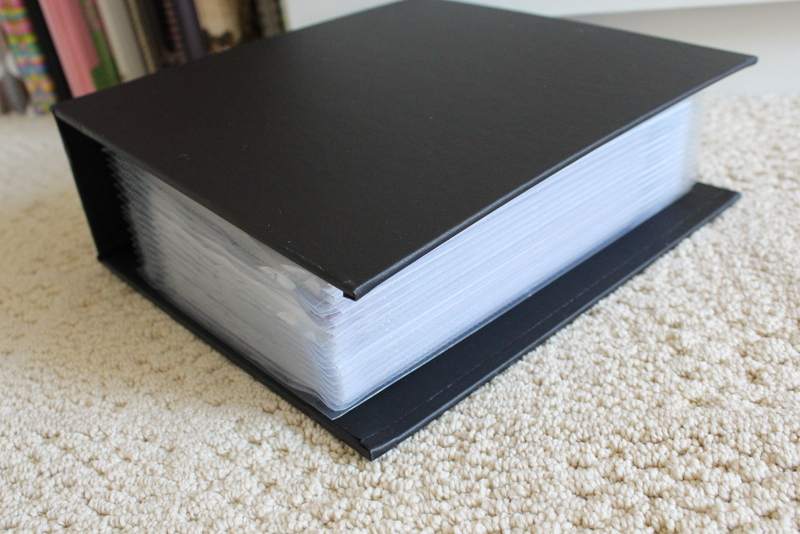 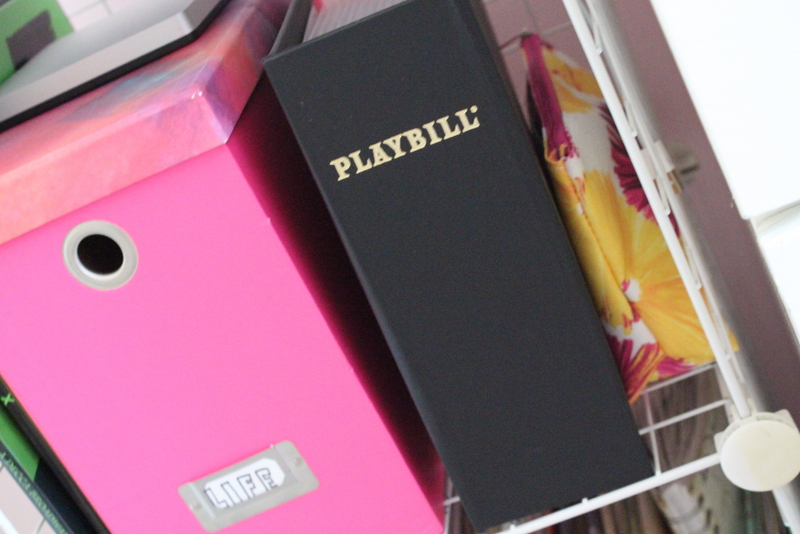 We also gave her this mirror! 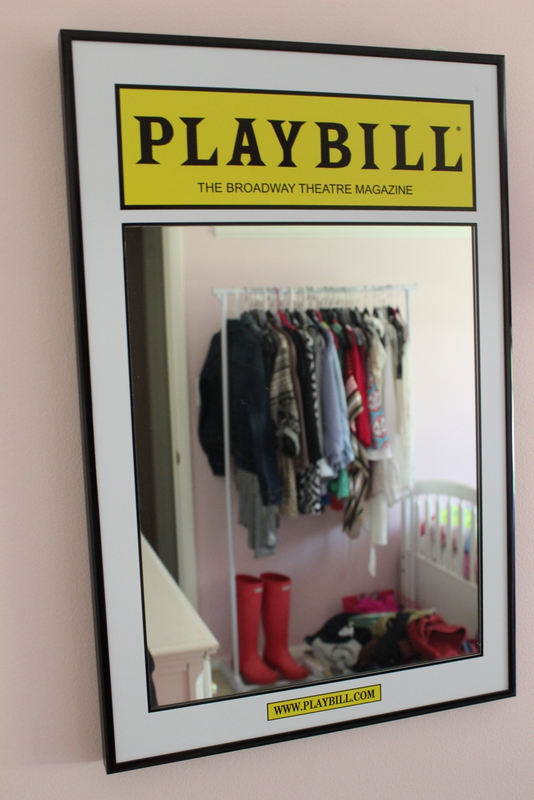 A special family member gave her a turntable. 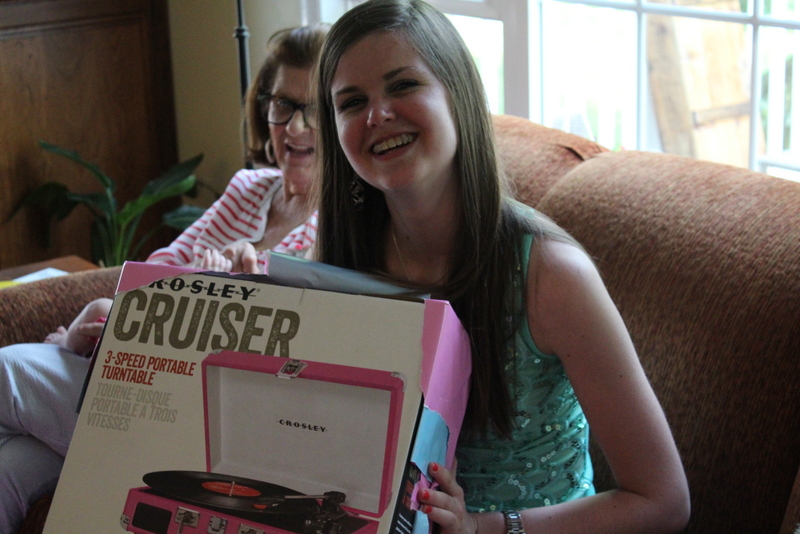 And even though it wasn’t a party theme, they were right in step with it and gave her “Wicked” as her first vinyl! 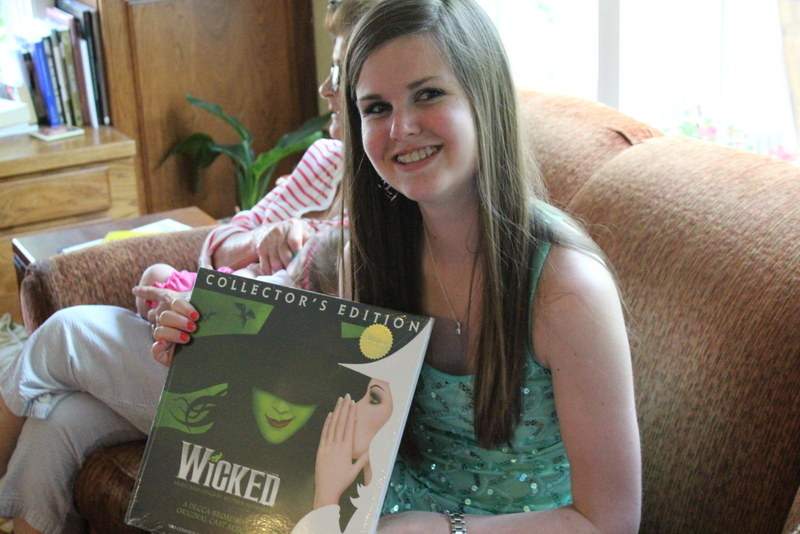 Not in the Broadway theme, but in the fashion theme, Annie’s sister gave her two really cute items from Modcloth. First, this clutch that looks like a sewing pattern. 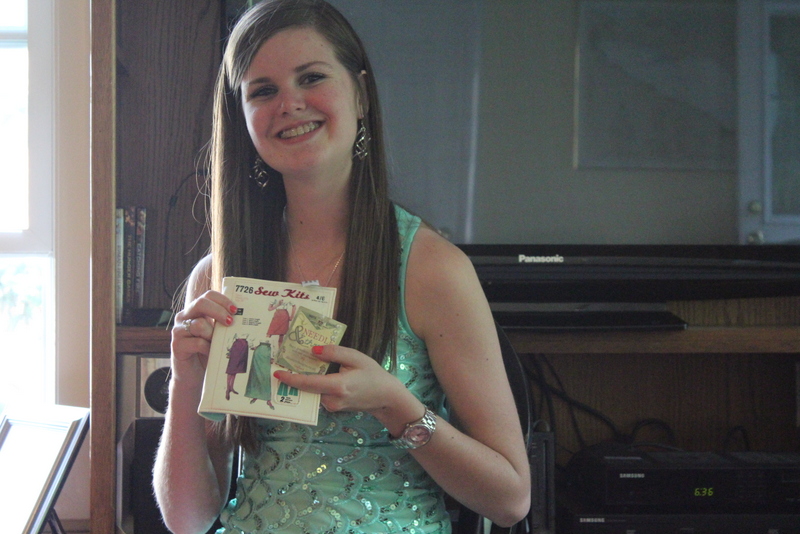 And then this sewing wallet. 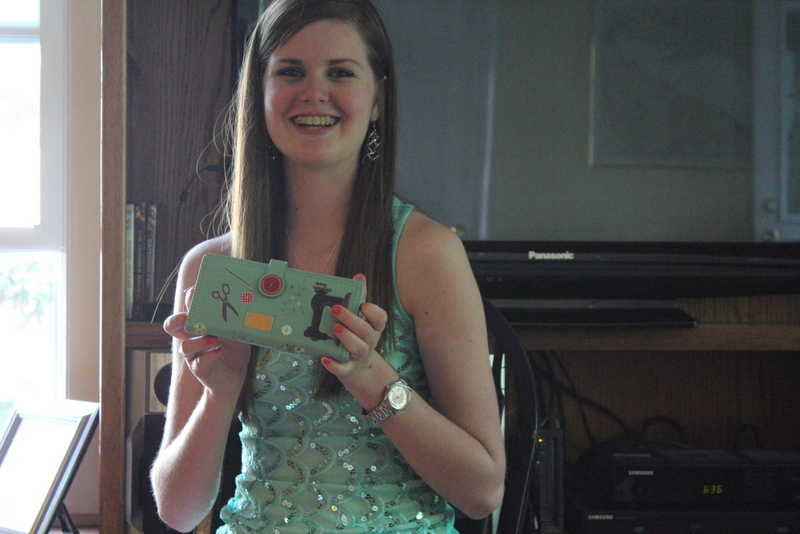 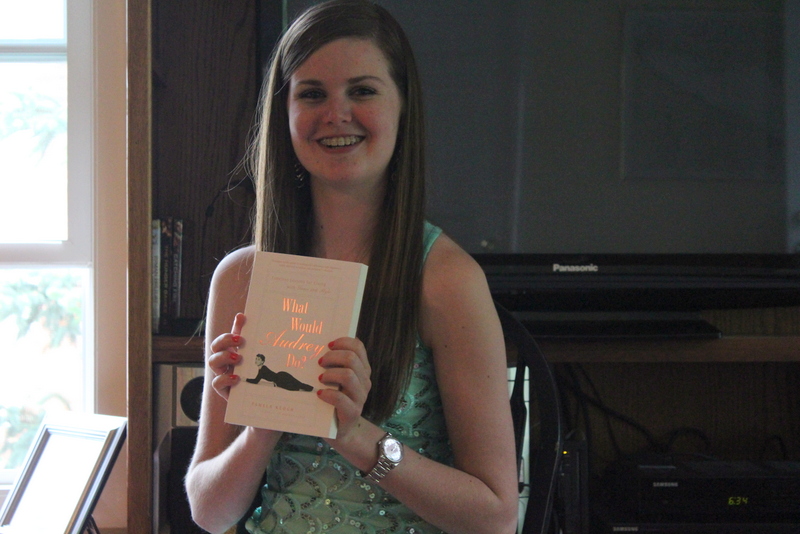 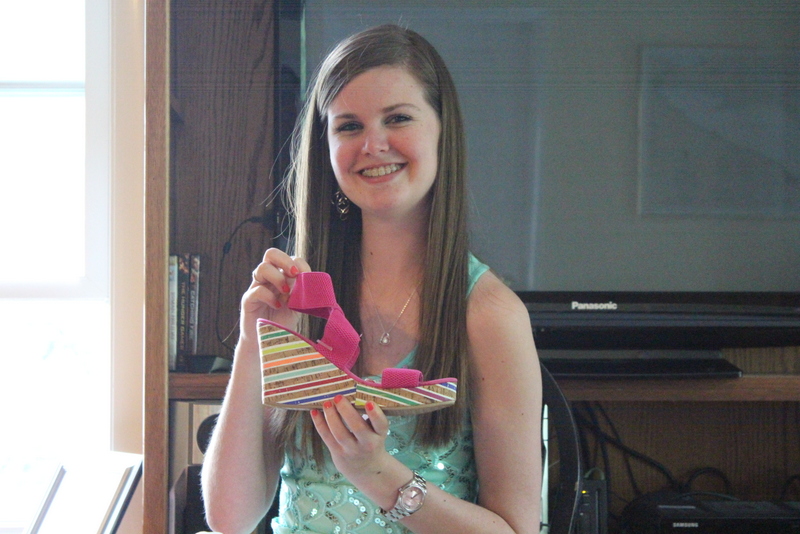 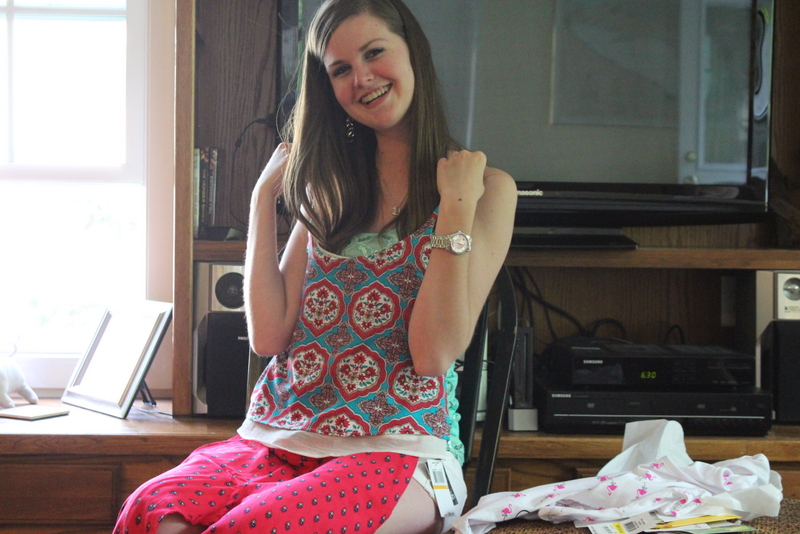