Custom Seat Cushions with “The Who” 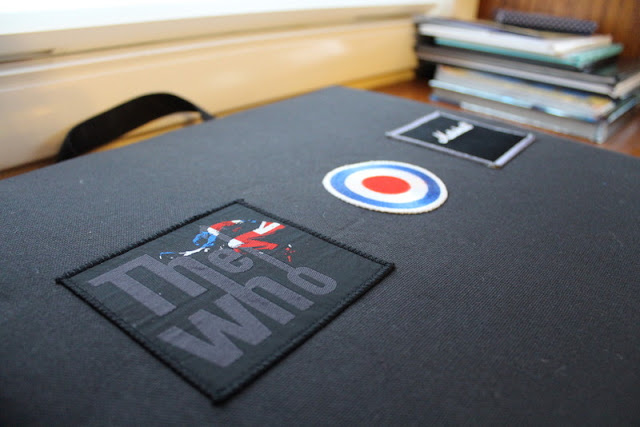 The fun part about being a custom sewing studio is that I get to meet all kinds of interesting people and create things that they envision. 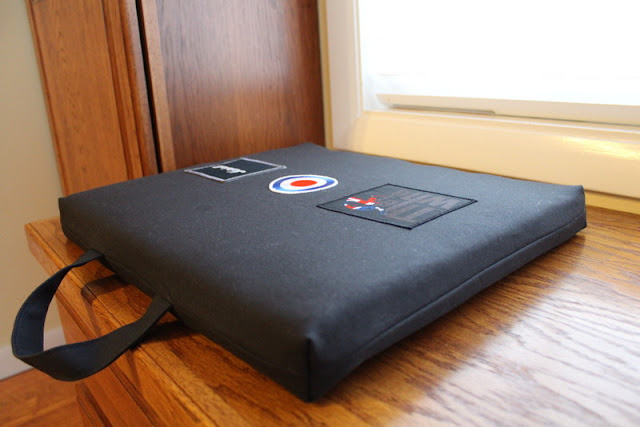 I got an inquiry from a guy who saw the WHO with 5 of his buddies and got reprimanded for standing while the concert was going on by an older woman behind him (that probably would have been me…) He was disappointed that his friends did not support his argument to stand and watch the concert. 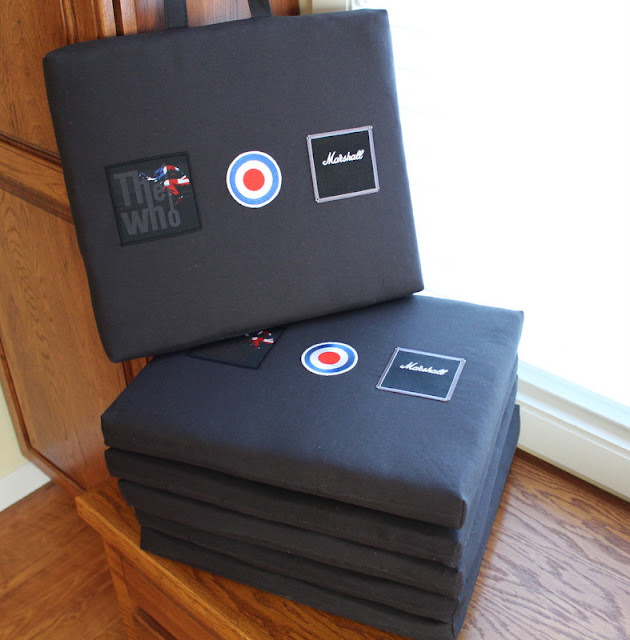 Later, it became the joke of the weekend as he kept reminding them of their aging by not supporting his stubborn principal of standing during a rock show as serious WHO fans. 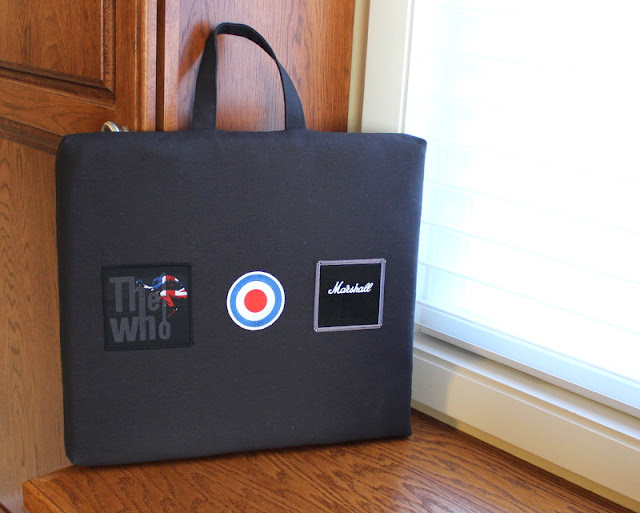 As a Christmas present/gag gift to these guys, he wanted to get them seat cushions with The Who embroidered on them as payback.

We worked through various ideas, designs, sayings, etc., before settling on using Who patches that he ordered from all over the world! I made six cushions using black duck cloth and NuFoam which is washable. 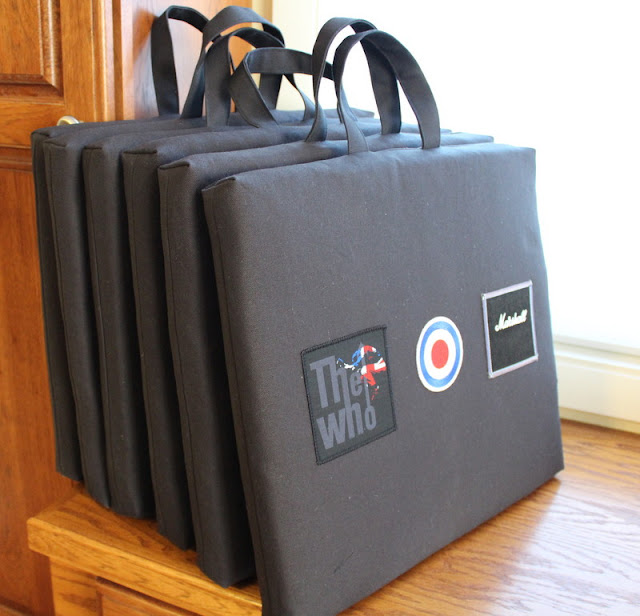 I hope his friends enjoy a good laugh at the memory as well as a useful item!