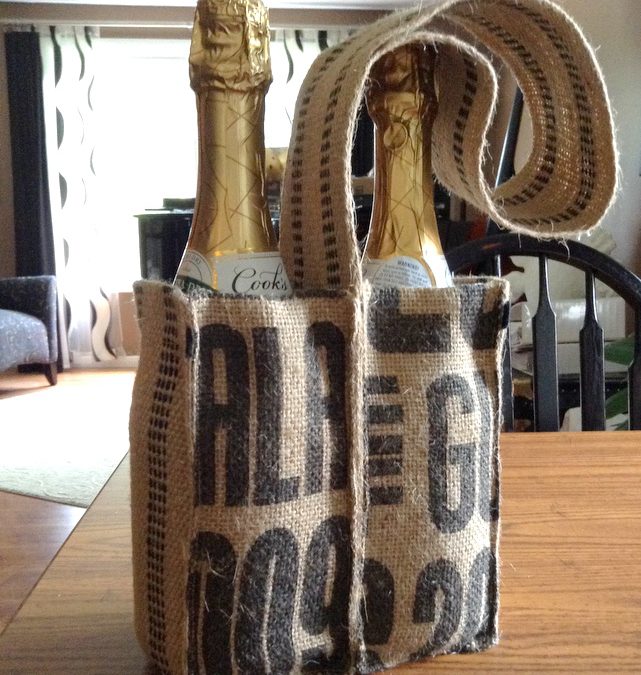 One of the best parts of my job is the interesting people I meet and the unusual requests I get.  I was contacted by a California winemaker to create a two-sided bag. He had envisioned a style with one handle and wanted something shabby chic. 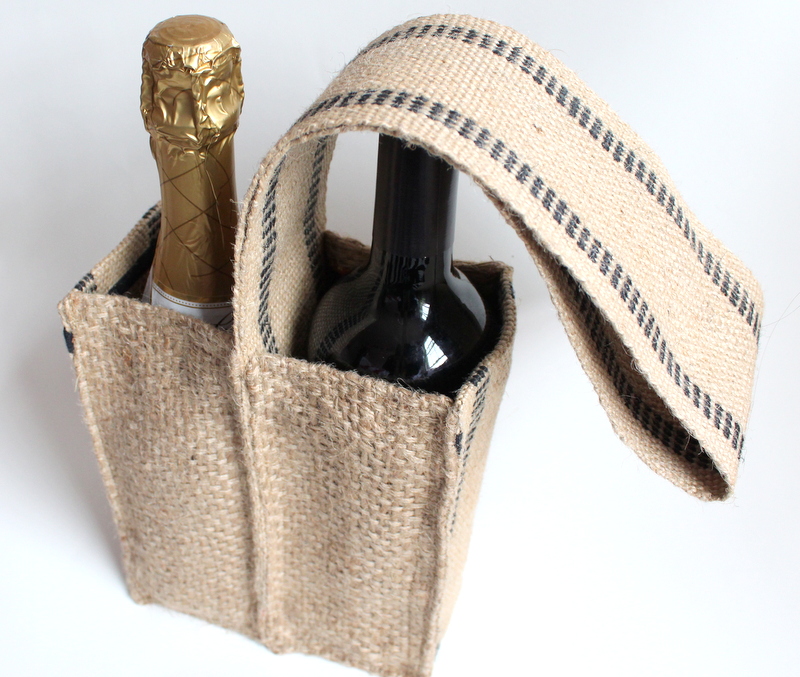 He sketched his idea out and we discussed materials. He really liked the idea of an upcycled coffee sack. It was really difficult to envision his finished product. I was having a hard time designing a way to have two compartments and one, central handle. 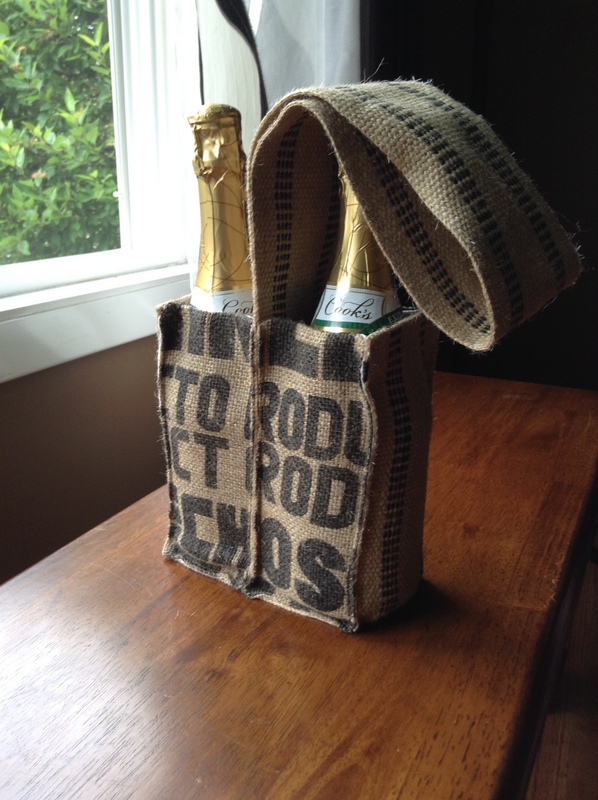 I thought about leather to be the chic part, but found jute webbing and my customer liked that.  I began with simple mock-ups in muslin to get the basic idea. I created four panels with the coffee sack burlap and sewed them to a lining. I then sewed from one outer edge, around the bottom and back up the handle. I repeated on the other side. The last step was to sew the two portions together. This was a bit of a stretch for my machine as I was sewing 9 layers of fabric. I blew a (pricey) fuse!  But in the end, I was excited with the result. Only, my client wasn’t. I thought the graphic letters would be an interesting visual design, but he preferred something plain. He has ideas on possibly stamping it. This was just a prototype, so I sent it out to California. Oh, he suggested I purchase some champagne because that is closest to the size bottle he would be carrying. 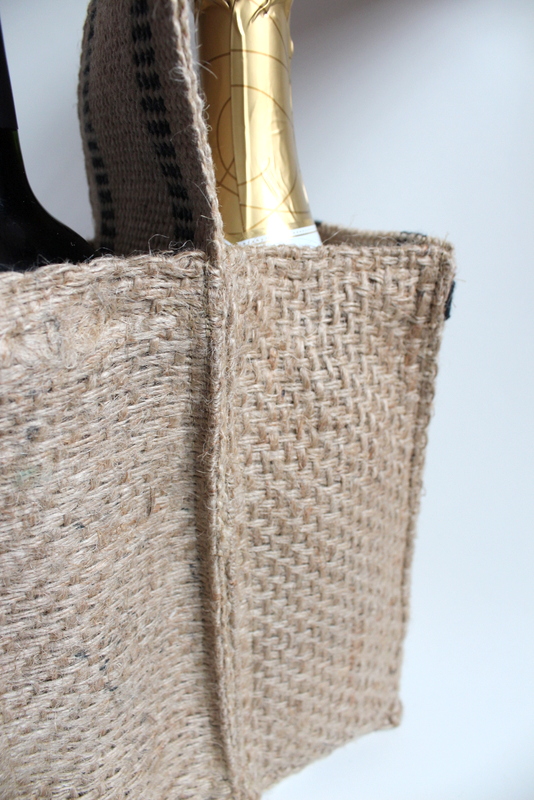 ‘After he tested it out, he suggested some modifications. He wanted plain burlap and preferred that it be coffee sack. He didn’t want the lining to show on the outside, so I had to redesign how I constructed that. 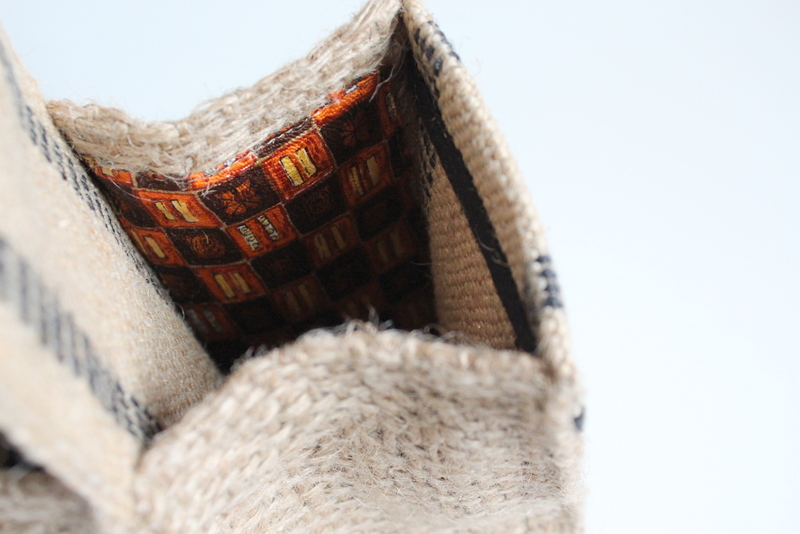 He sent me an old tie and I used that as the lining. I made sure that the corners of the burlap were folded in far enough so that only the burlap would be visible from the outside. 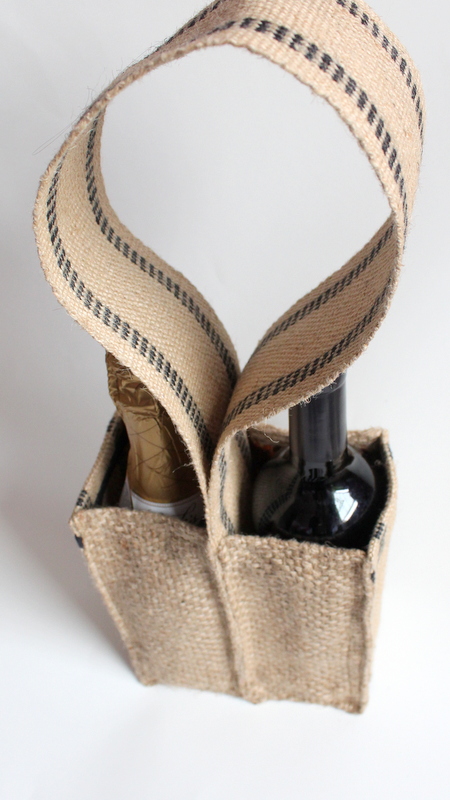 I really enjoy the design process and working with a customer to achieve what he envisions. Communication can be challenging, but when we get to the final result, it’s very gratifying. 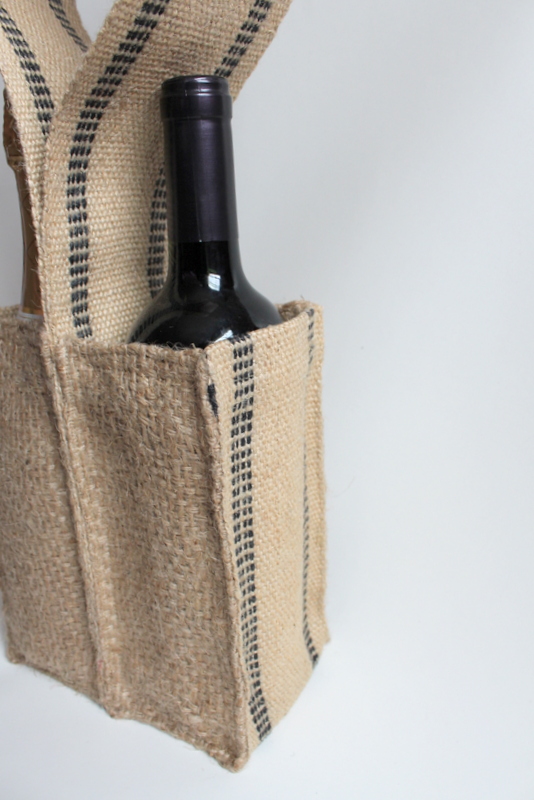 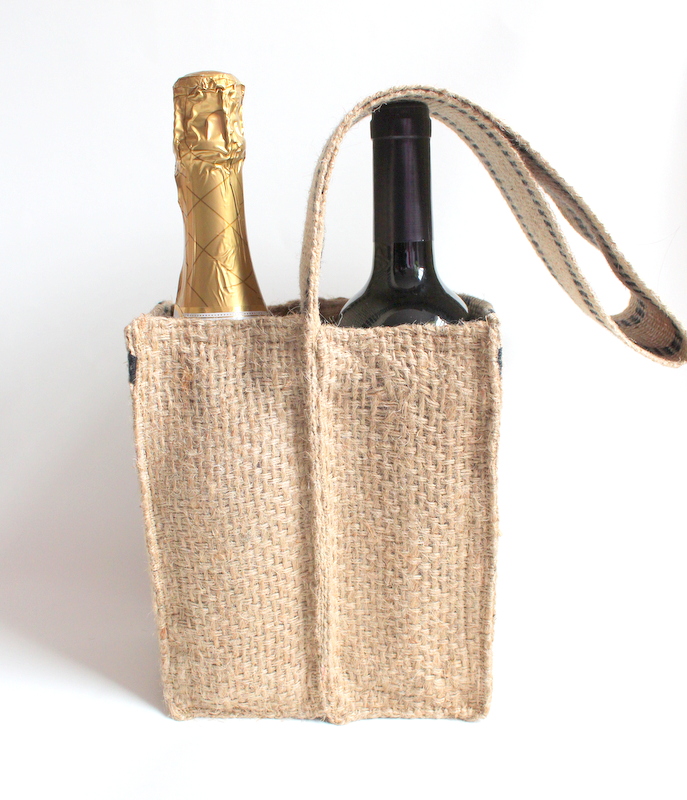 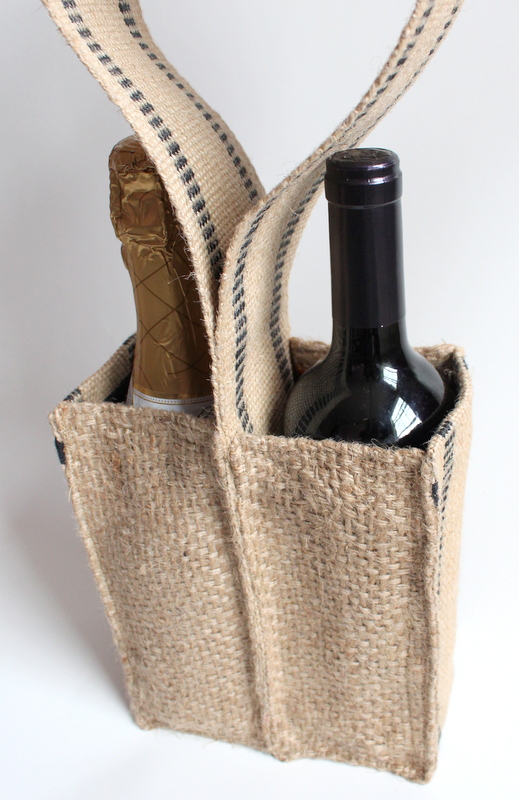