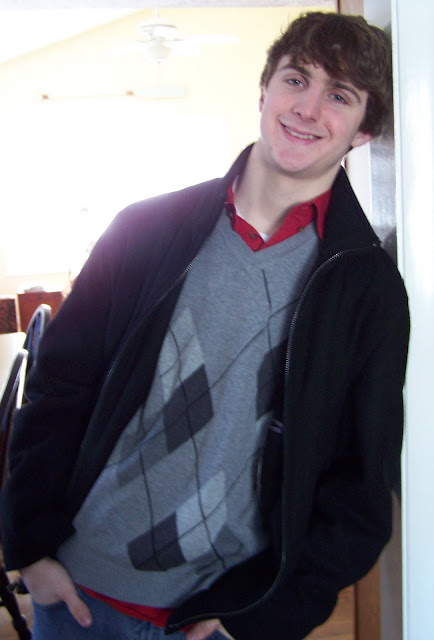 It’s 60 degrees here in sunny Cleveland.  The ice rink in the back yard is melting.  (We had a great, three-month run!) and I’m writing about

Sewing a Wool Coat for my Boy!
I told you, I’m not trendy…Actually, I was hoping my project would be selected for “Celebrate the Boy” month.  If it had been, I would have had to take careful photos of the process.  So I was waiting to hear and pushed the project into a pile on my (not so clean) counter.  It’s probably a good thing because my pictures aren’t that great.
The idea started with big brother.  We bought him a coat last year so he could look a little dressier for attending concerts, jobs, church, etc.

I enjoy making wool coats.  I made several for my daughters when they were younger and even pea coats for my son.  My little guy would dress up for church and then thrown on a zip-up hoody, or his “puffy” winter coat or a baseball jacket.  I realized my son needed something dressy.
Dressy, but not too formal.   I started with Kwik Sew’s Sewing for Children.  This is a great book.  I have used this book over and over again.  You can mix and match various details and it is all explained in a straightforward manner.  (I also own Sewing for Toddlers.)  I started with a basic jacket design.  Rather than have a knit collar, I made a stand up collar. 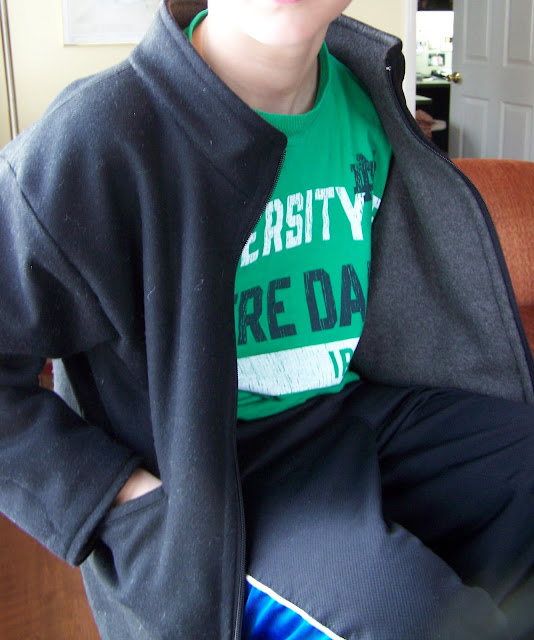 I added welt pockets – really not that hard!  Sewing is nothing more than following directions.   I think my second one looks better than the first, however.
I lined the coat with polar fleece that I had stashed.  My boys seem to wear short-sleeve shirts all winter long.  I figured the fleece lining would be much warmer than standard lining. 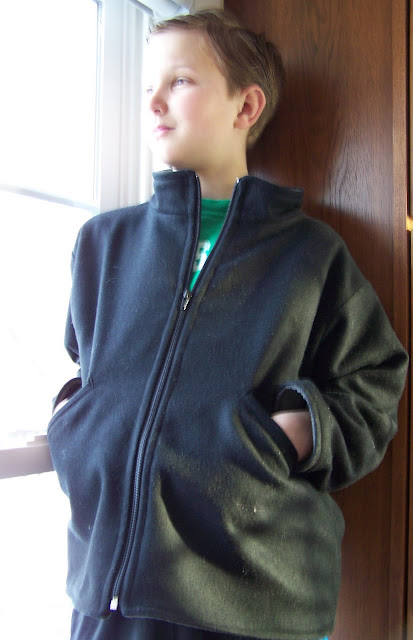 He’s pleased with the result!  It’s cozy, sporty, but a tad dressier than a North Face jacket (which he does not own.)

By the way, my son wore his vest to one of his last performances at school and said he got a ton of compliments on it! 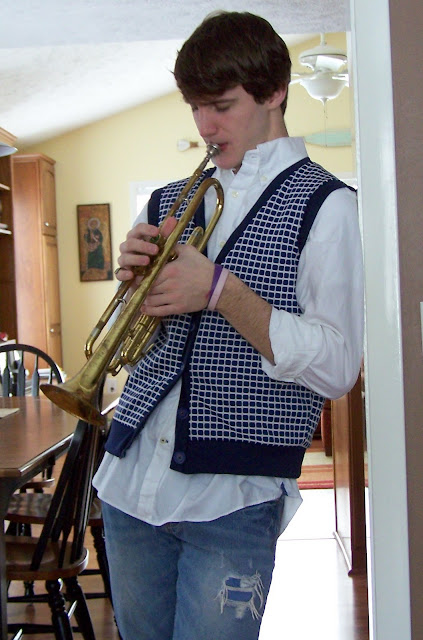 Let’s hear it for the boys!