I’ve recently become enamored with French water bottles such as this one.  I am going to keep a lookout for them at garage sales and antique shops.  We attend a number of re-enactments and the soldiers are often drinking out of them.  They take me back to a different time and place (no,  I’m not being nostalgic about war time) – but a time before crappy plastic water bottles filled our fridges (and garage fridges) and littered our parks and beaches.
[For the record and a practical tip:  We do not have a second fridge.  It is too costly and not necessary for our daily living.  The following is from the U.S. Energy Information Administration:

“Kitchen and laundry appliances accounted for about one-third of household electricity consumption in 2001. Refrigerators, the biggest consumers among household appliances, used 156 billion kWh of electricity (Figure US-3). More electricity was used for refrigerators than for space heating, water heating, or lighting.

Among kitchen appliances, separate freezers were the second largest consumers of electricity, even though only 34 million households reported having freezers in 2001. Freezers accounted for 3.5 percent of electricity consumed by households.”]


I haven’t found any bottles yet, but I envision lively dinner parties with these water bottles lining the table so guests can enjoy water any time….My husband suggested buying Grolsch beer and volunteered to empty them for me.  (Actually, I liked the beer!) 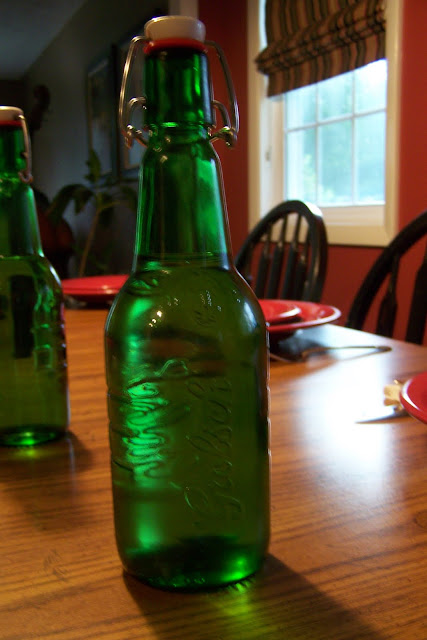 So I bought eight bottles, easily removed the labels, rinsed and washed them (primarily using the dishwasher.)  And I have to say that there is nothing quite like drinking water out of a chilled bottle.  We’ve had a particularly hot summer and I am finding that all the kids are – yes, walking around drinking out of Grolsch bottles – drinking more water!  We simply fill them back up and label them with a band.  At the end of the day they go in the dishwasher.  I even placed a number of them out on the table at our last birthday celebration. 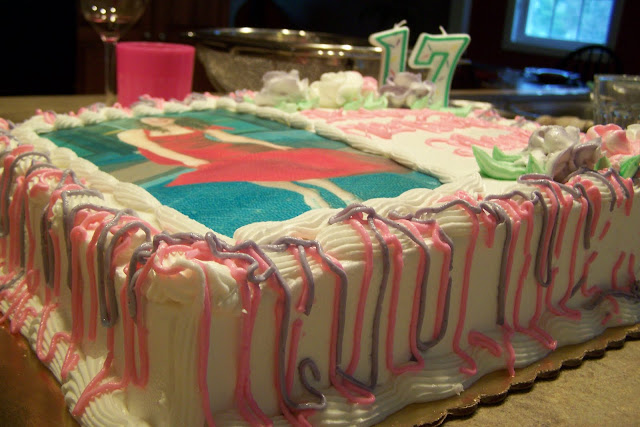 We needed the water to wash down all the sugar from this fantastic cake!  Our friends always bring us a scrumptious cake adorned with a photo to celebrate birthdays.  This one was no exception.

Summer is coming to a screeching halt.  My son is heading off to college, the girls are in high high school and my youngest starts a new school.  Next week we will be back to schedules and making lunches and homework.  I look forward to cranking up my sewing and knitting and having a few minutes to myself.  I also look forward to some walking, biking and beach combing.

So I raise my glass (or my Grolsch water bottle) in a toast to summer:  I bid you adieu.