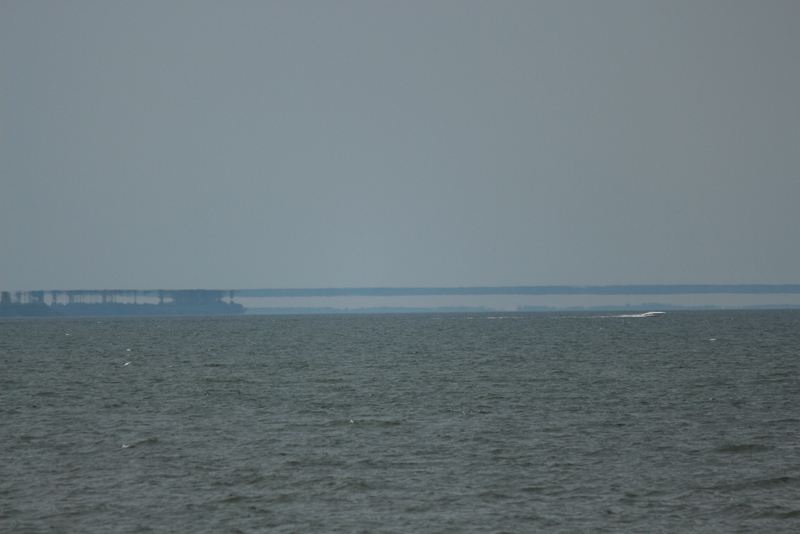 A few weeks ago, an image went viral on the internet. It was a photo of an inverted Chicago skyline as seen across Lake Michigan. In the past year or so I had heard about a similar experience for Clevelanders who saw lights across the lake. It turns out it was lights from a city in Canada across Lake Erie. This past weekend, on  May 24th, I saw images appearing on the horizon. These were viewed from Cedar Point beach looking North to Northwest.

It was absolutely fascinating to watch them change throughout the day. At first I thought it was Kelley’s Island. But the image was moving around and to the side of the Island. The image is sometimes called a mirage, a superior image or a Fata Morgana. It is an actual image of land – or it can be ships – that is caused by a temperature inversion. The conditions have to be right – cold water, warm air to create a super refraction. Basically, the light is bent, enabling us to see something that is normally beyond the curvature of the earth. I believe, also, that these images are inverted. 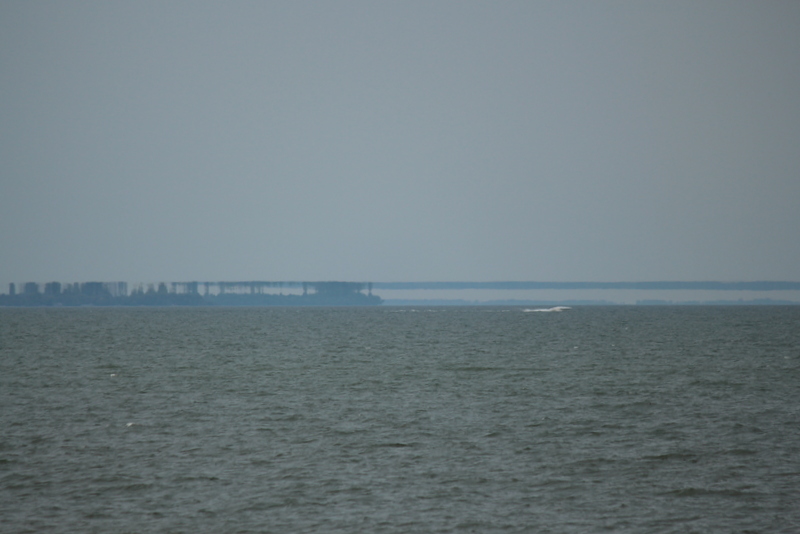 At first we only saw a portion of what looked like buildings. I am not sure if they were buildings or trees or just land mass. As I looked further east, I saw a simple straight line that I had never observed before. That was explained by a meteorologist as the Canadian shoreline.

I was completely fascinated by this phenomenon. 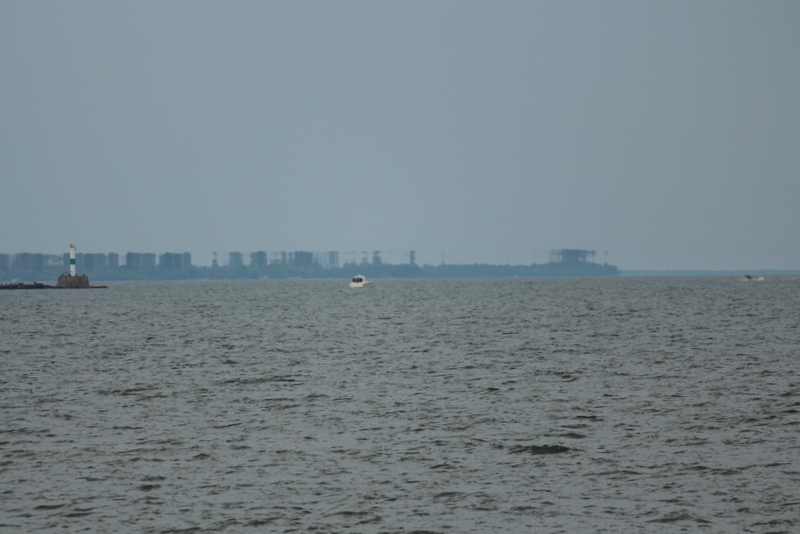 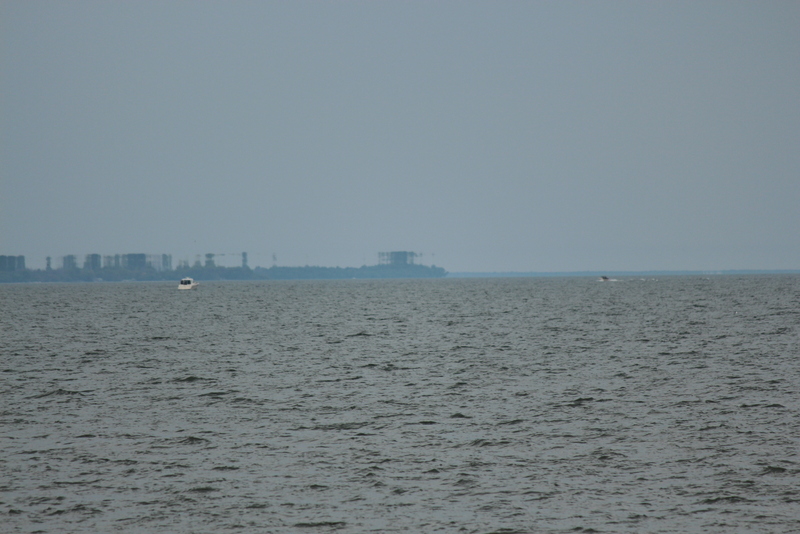 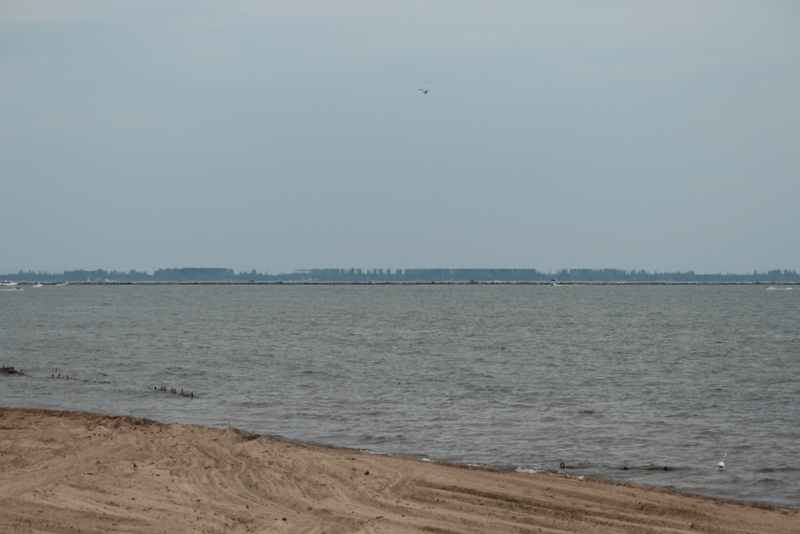 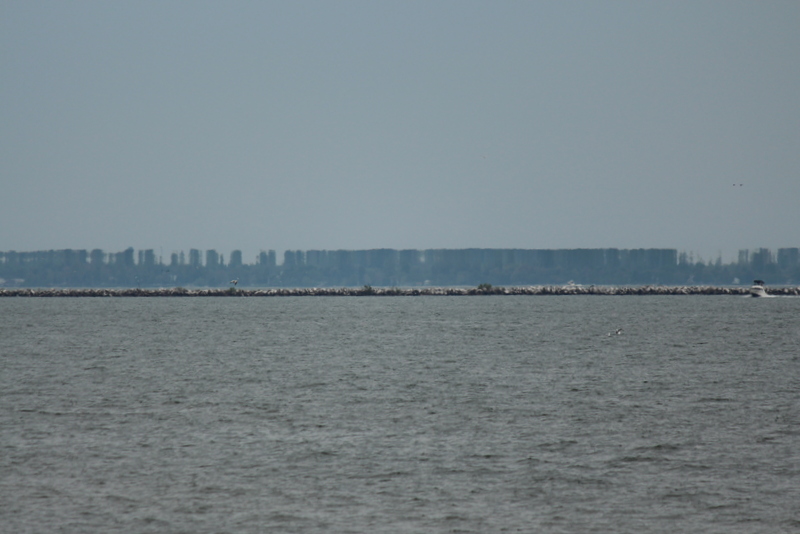 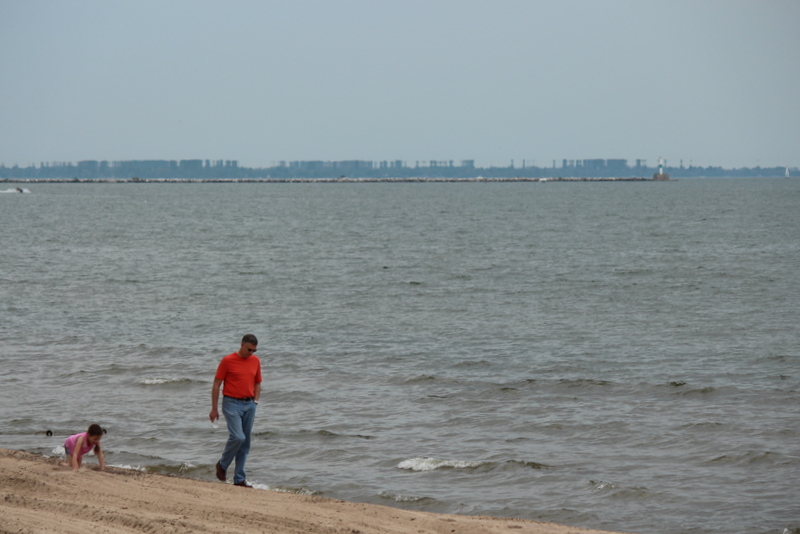 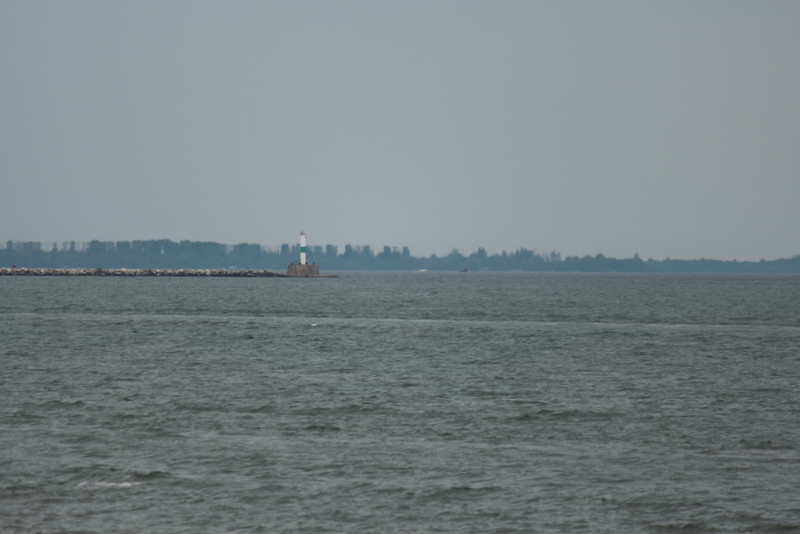 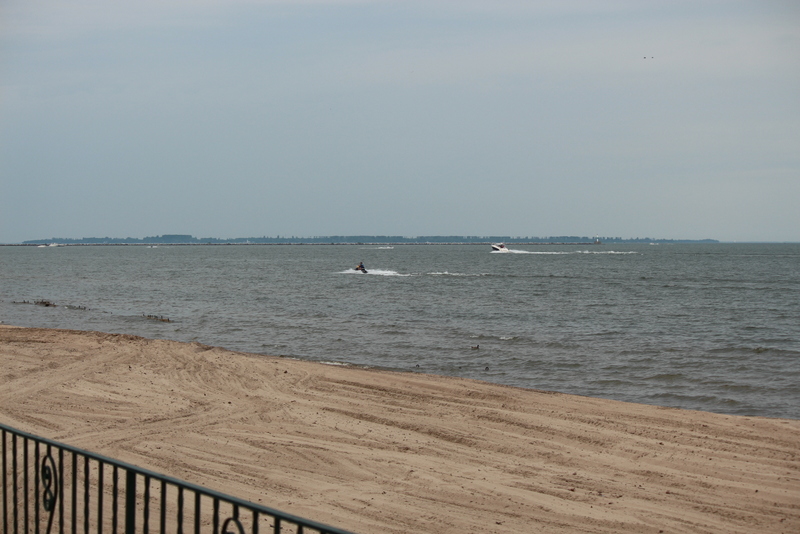 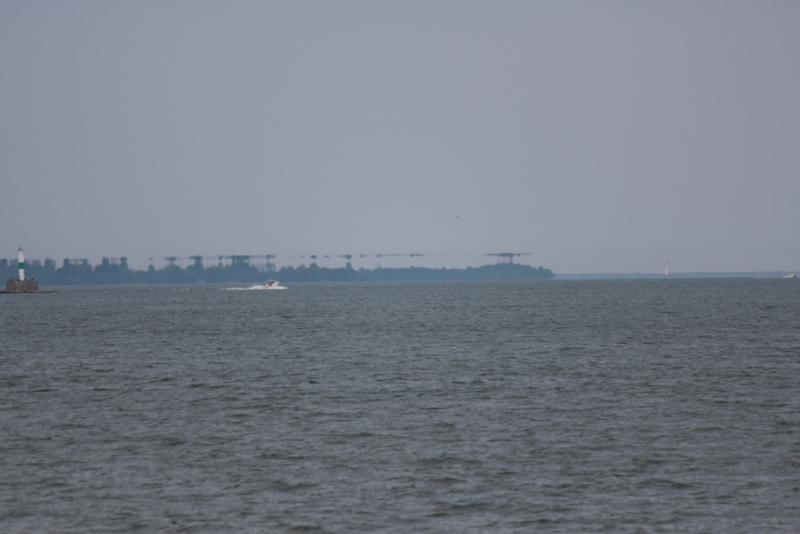 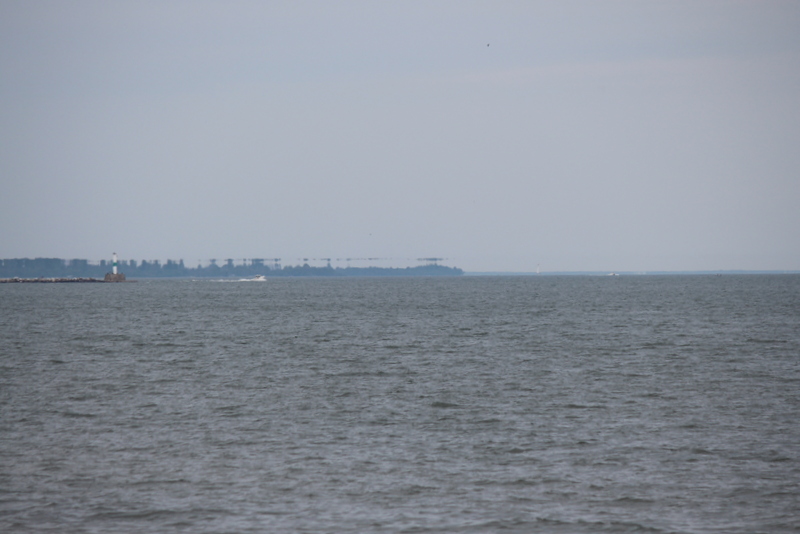 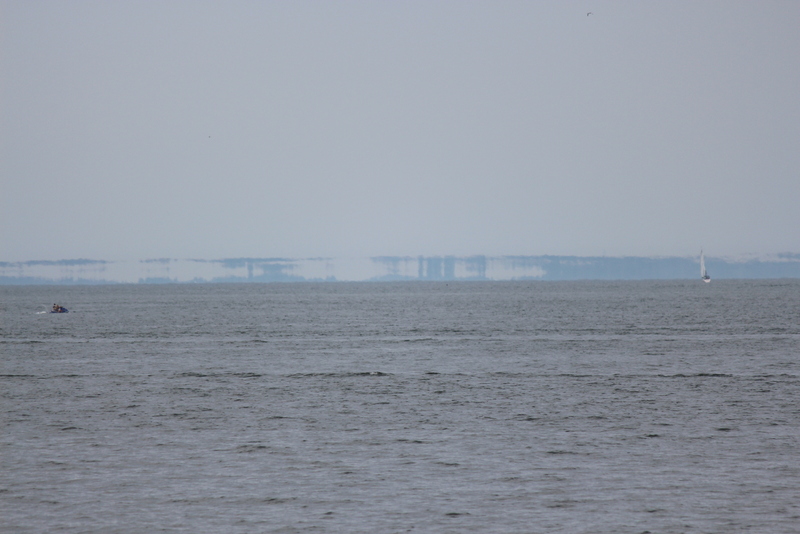 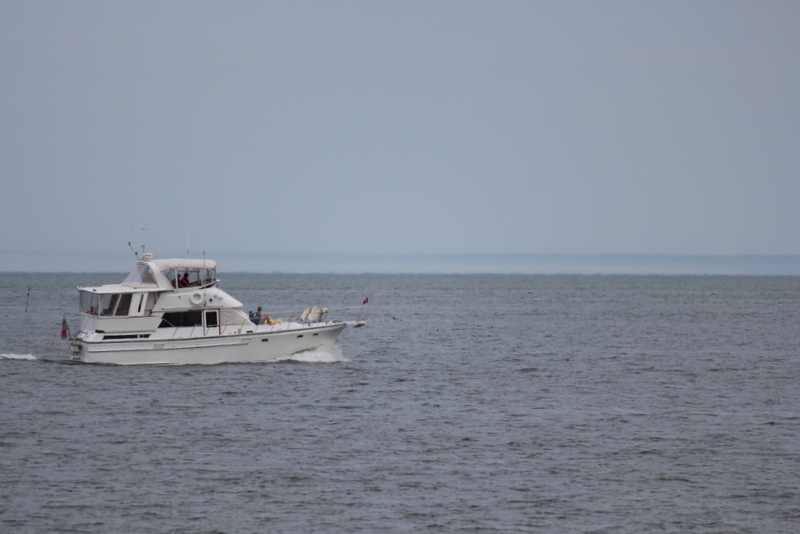 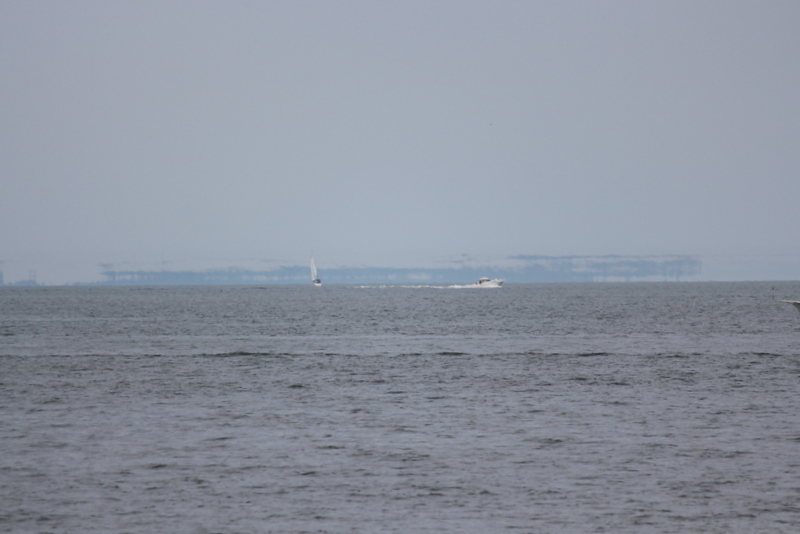 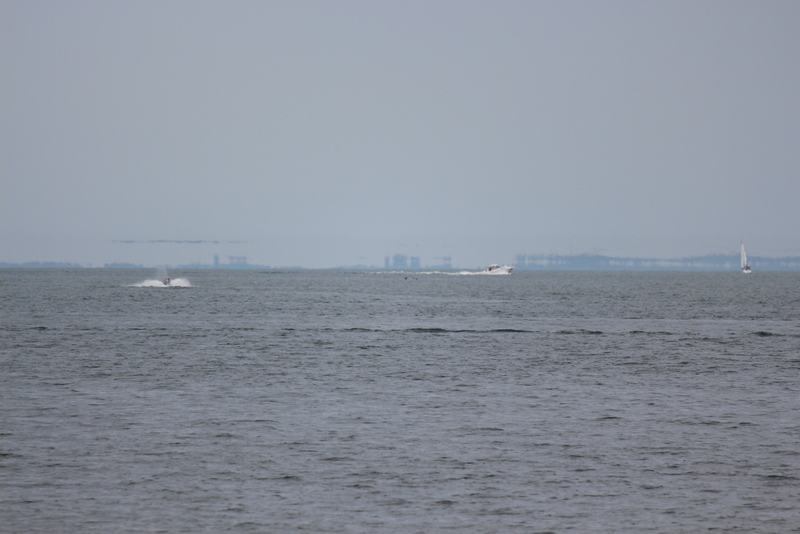 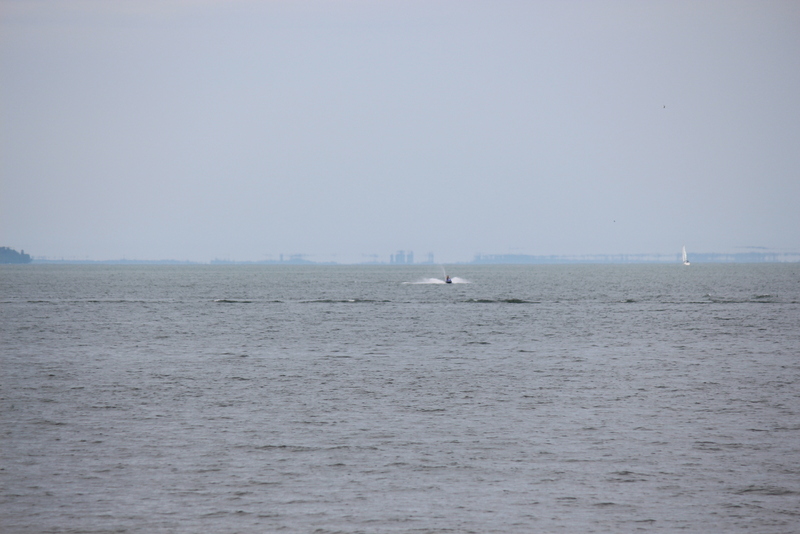