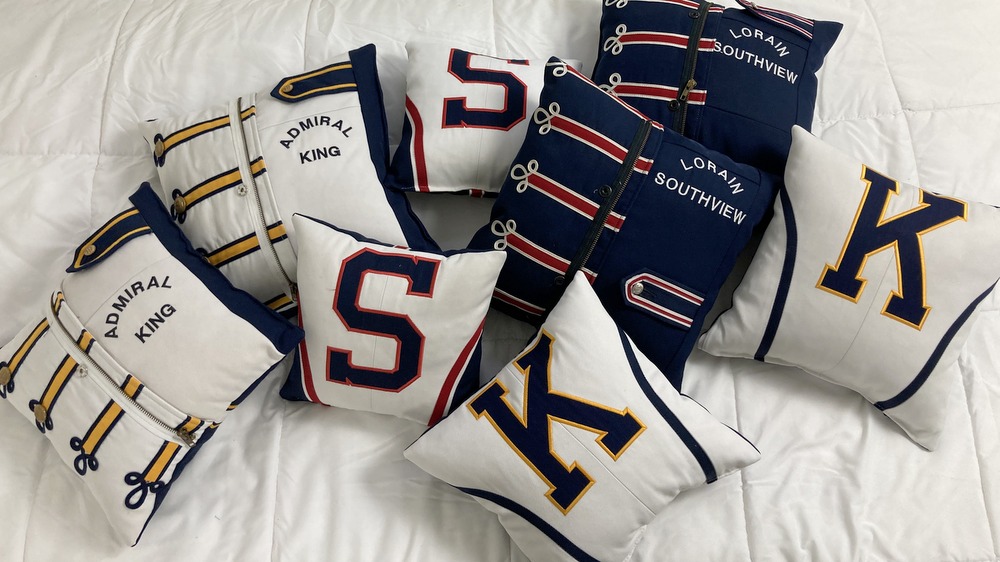 I have had the opportunity to create another batch of upcycled products using marching band uniforms. There were probably about 30 uniforms that were made obsolete when two schools in Lorain, Ohio merged to form one, new high school. The uniforms were saved and some people felt that they should be used somehow. My client found me and was happy to get these out of the basement and hopes that these can be sold at football games to raise money for the band program.

In total, I created

One set of pillows were created by using the letter found on the back of the uniform. The other pillow was created by piecing the left side of the uniform front, the sleeve, and the epaulet. The pants were used for the pillow backing.

I saved as much of the remaining parts to create the purses. The goal was to use as much of the uniform as possible so there would be little waste. I think it was a success!