Memory Pillows Made from Bridesmaid’s Dresses 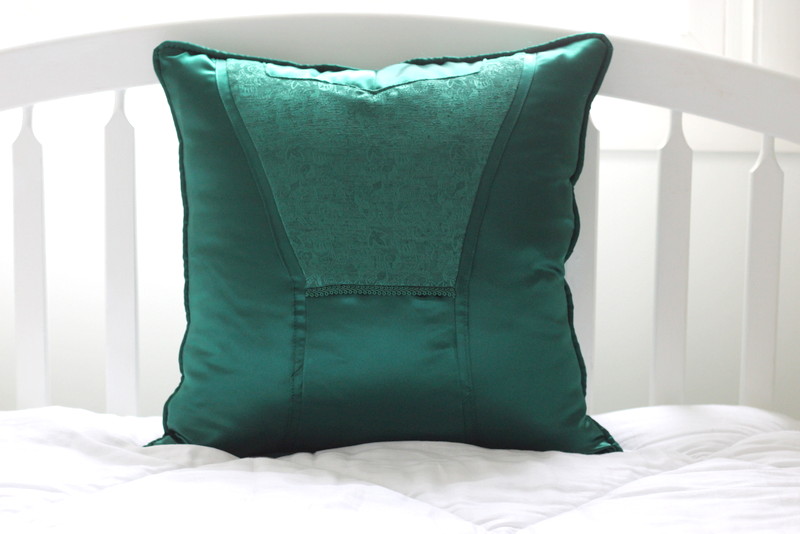 I have a customer who asked me to make a pillow from a bridesmaid dress. She was so happy with it, she sent another one. I had not thought about repurposing a bridesmaid’s dress before, but what a great idea! Rare is the occasion to which you can wear a bridesmaid dress other than the wedding! The fabrics are often beautiful. In this case, the two dresses I have seen were handmade. 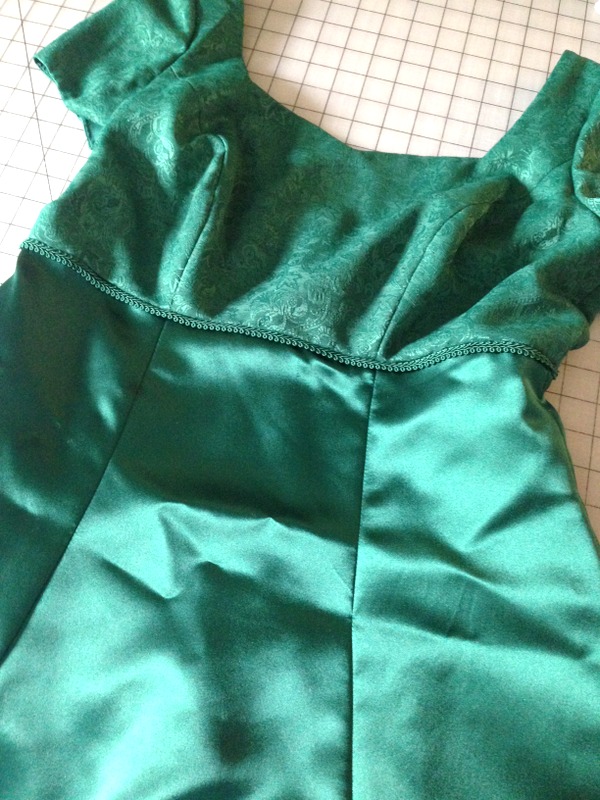 This dress was a lovely satin with a brocade top, which my client wanted included. There wasn’t enough of the brocade to make an entire square, and since I didn’t want boobs on my pillow, I cut it along the princess seams. To be able to sew it down to a base square, I made a bias strip and sewed it to the edge of the brocade piece. I then pressed this and sewed it down to the base square. 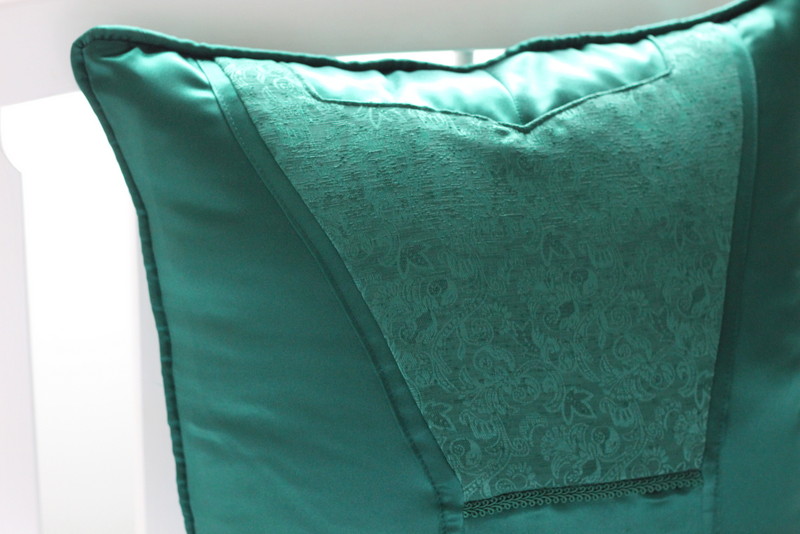 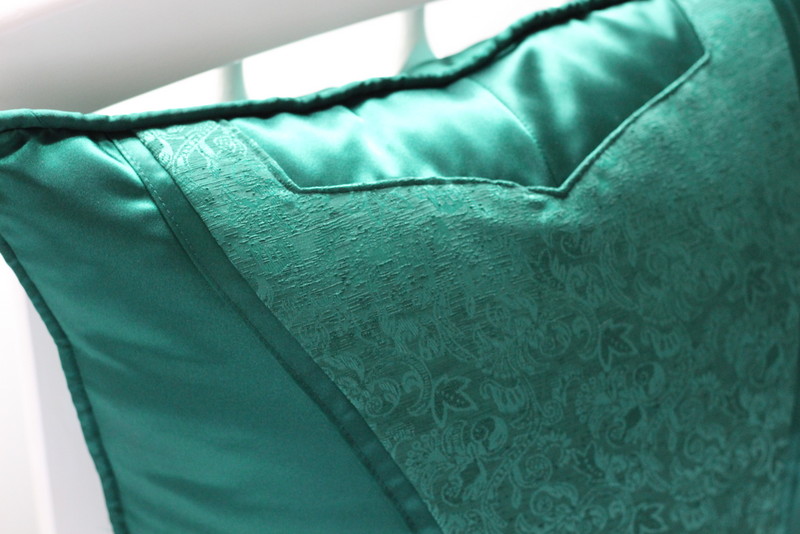 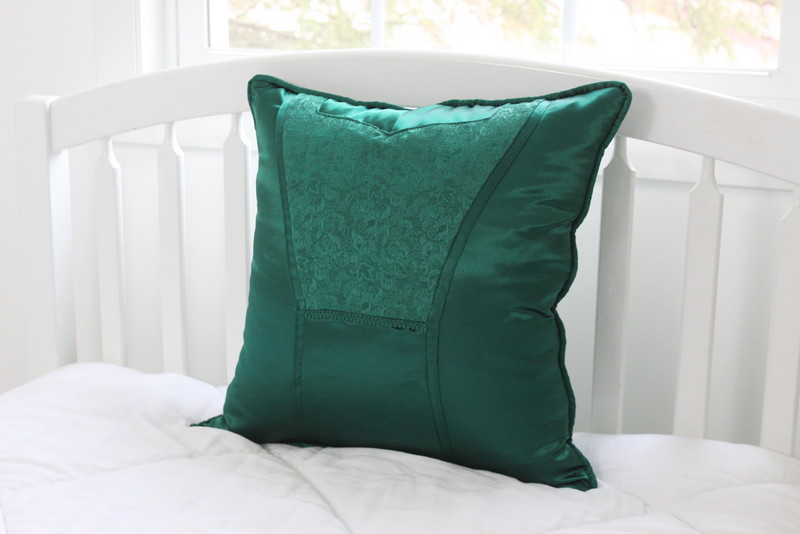 The second dress was a blue brocade. 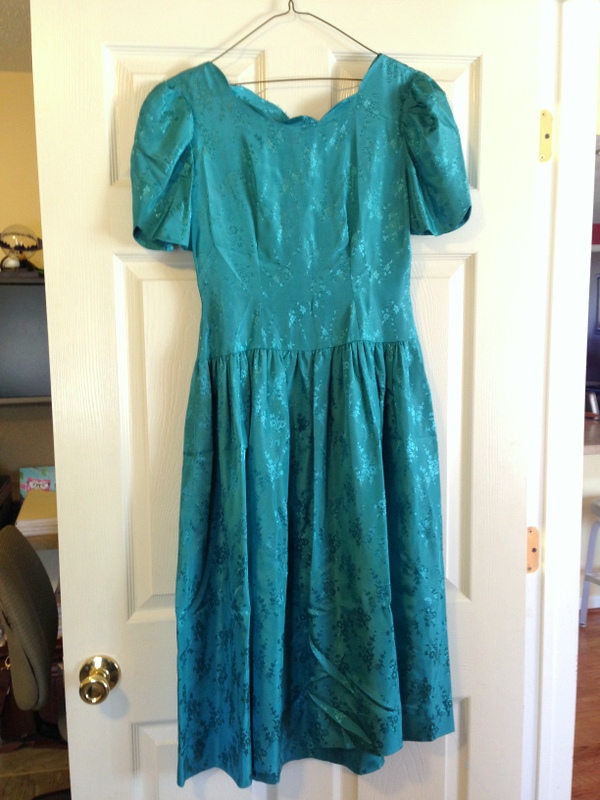 There was a bow on the back that I thought would make a nice detail to feature. 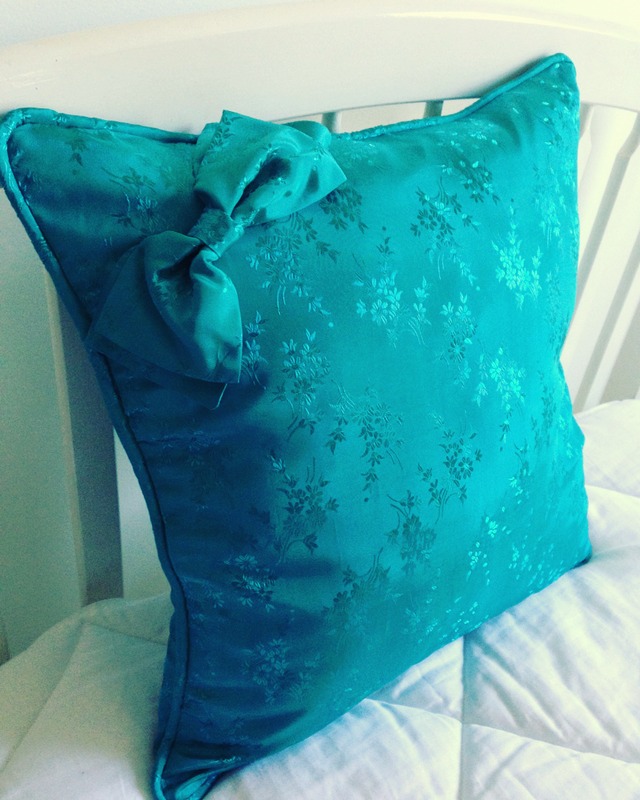 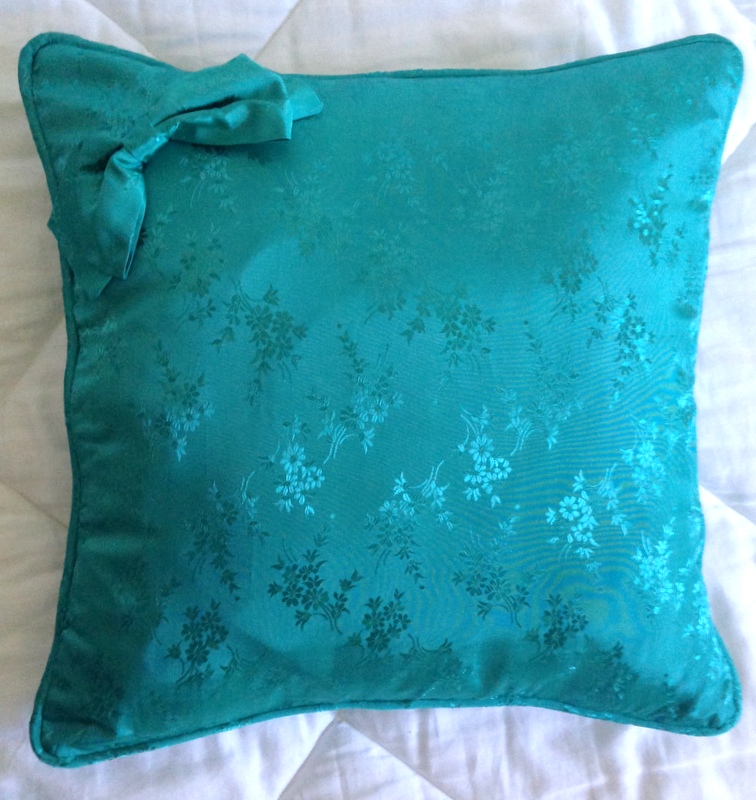 Piping was added to both of the pillows. 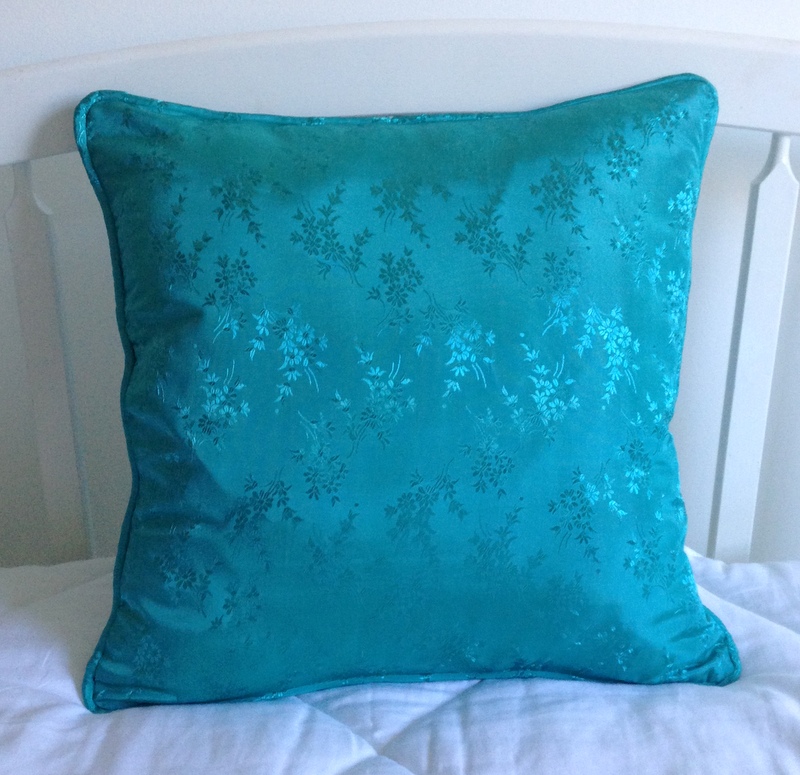 Get your quote here!