Saying Goodbye to a Son – Gift of an Ordinary Day, Part 2 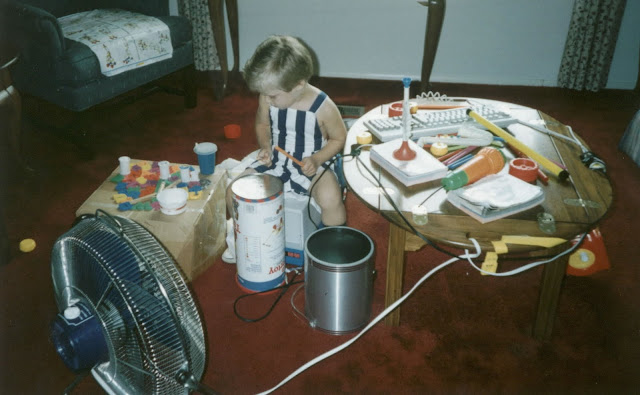 I mentioned how much the book “Gift of an Ordinary Day” meant to me back in this post.  My own journey as a parent started with the birth of my first child, a son.  From the overwhelming feeling of holding my child in my arms for the first time to the exhausting, frightening first weeks of his life at home, to the stressful teen years, his life, and mine, have been about connection – and letting go.

As I enjoy many “lasts” this month of May – last jazz concert, last performance downtown, last high school concert, last rock band performance as a senior, last sound job – I can’t help but reflect on this journey of his life.

He began as a fussy baby and quickly moved to a quiet, inquisitive boy.  Somewhere around the age of three he saw a local one-man band and was forever changed.  He came home that day and created his own instruments and band using tinker toys and whatever wires he could find that he could “connect” into the couch.

From that point on there was a strange confluence of music and electricity.  We read books and toured power plants, including a nuclear, coal and hydroelectric plant.   He would draw power lines and high tension wires on tens of feet of old-fashioned, folded computer paper.

The music lessons began with Kindermusik and then piano lessons.  Saxophone began in fourth grade.  After begging for guitar lessons for years, one summer he studied with his musical mentor, the one-man band.  Later he picked up drums on his own.

He has been blessed with wonderful piano teachers, music teachers and directors.  His grade school teacher allowed him to start accompanying the school choir for concerts and Church.  She allowed him to create his own rock band to play for the musical Godspell.  He began playing guitar for a local show choir, performed at Church festivals, went through numerous bands, played at church, played for the high school musical.

In seventh grade he started his own business.  He invested in speakers and microphones and started running sound for his grade school productions.  This eventually led to jobs at many local middle and high schools, college concerts and professional bands.  It was hard work, but this boy is industrious.

With both parents being engineers, we recognized that he has an engineering mind.  We started talking about careers and he thought he would be happy to be an electrical engineer, which would give him a “safe”, broad degree and also allow him to pursue sound design if he wanted.  He would relegate music to hobby, something that he would enjoy his entire life.  (Mom and Dad’s plan….)

The college visits began.  My son quickly realized that engineering was not his calling.  He wanted to study music.  We supported his decision.  How does a 17 year old know what he wants to do with the rest of his life?  I chose engineering because it was a “good job” for a woman.  About three years into college, I wasn’t so sure about it, but stuck with it anyway.  It led to a good job, but it was not my passion.

I asked him if it worried him that his career path would not be clear cut.  It did not.  So, the young boy who loved syncopated rhythms became the young man bound to study jazz piano in college.

In between those early years and these closing high school years there were many ordinary days.  We enjoyed hours playing Myst together, reading Harry Potter,  playing baseball and basketball, enjoying family vacations, bike rides, and trips to the beach.  Then there were girls, the worries, the challenges of the teen years, the worries, driving, the worries, (and the bills!)  Where did my little boy go?

We let him go, little by little.  Sometimes he would fall, but he always picked himself up again and was the stronger for it.  There were always lessons to be learned.  I think the hardest lesson for me was feeling that if my child made a mistake, it was my fault.  I was an imperfect parent.  But through it all, the ups and downs, the heartaches, joys, tears and laughter, the biggest lesson to learn is that life is a journey through all these parts. 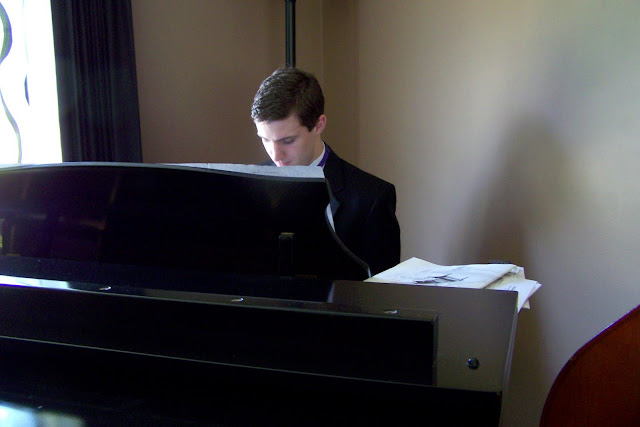 The shift in goals meant preparing a new list of colleges and hours of preparation on the piano.  The AP physics and calculus classes started to slide….trips were planned in and out of the state.  Hours were spent filling out applications and essays, auditions were scheduled and the whirlwind began.

The college application process is exhausting and exhilarating.  I loved the excitement of being on a college campus, seeing it through my son’s eyes….but perhaps only seeing my own visions for him.  My husband made some of the trips with my son and came back from every one convinced each school was the “best.”  Meanwhile, my son’s fate rested in the hands of admissions counselors viewing his life on a piece of paper.  Thankfully, he had the opportunity to sell himself via his audition at most of the colleges to which he applied.  Then came offers, rejections, scholarships.  The evolution of the decision from his parent’s wishes to what is the best fit for him.  The art of letting go. 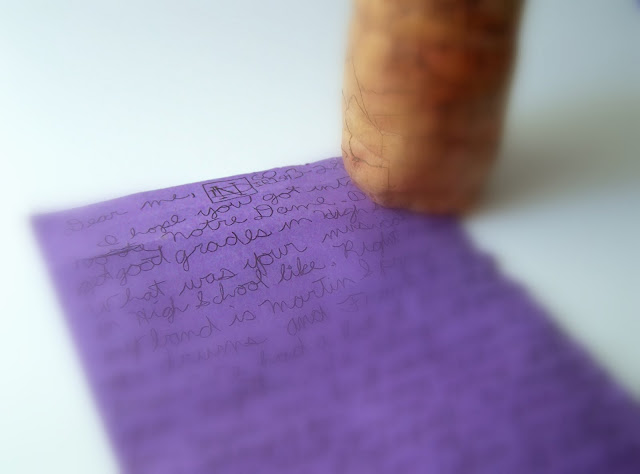 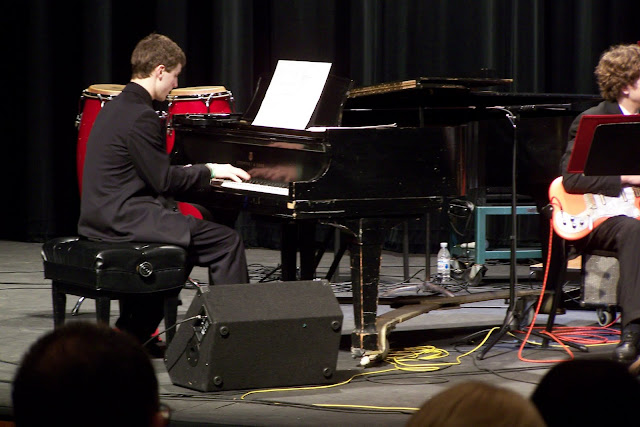 His final decision is to study jazz piano at a small school in Ohio.  It has a well-regarded conservatory and he really likes the professor under whom he will study.  I had the opportunity to meet him and know that my son will not be a number at this school.  (Unlike the “best music school in the world”, at which I did not meet or speak to one adult.)

Thank you for the living room concert late one Christmas eve, for carrying the cross at your Grandfather’s funeral, for telling your teacher that you know your parents love you because they put up with a lot, for playing “Let it Be” at your 8th grade graduation Mass, and for sneaking in this beautiful Pat Methany song at your sister’s Confirmation.

Thank you, son, for teaching me that I have only to let you go. 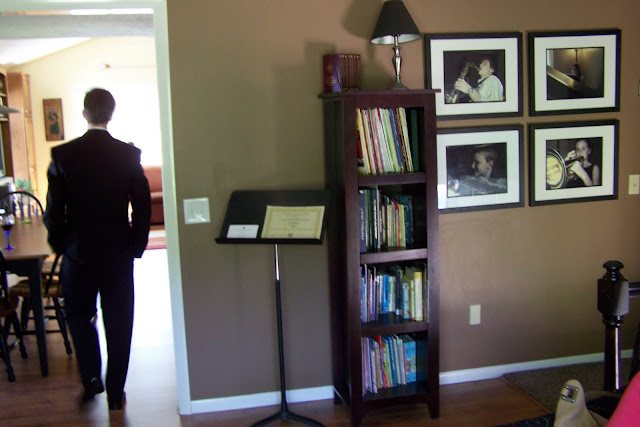