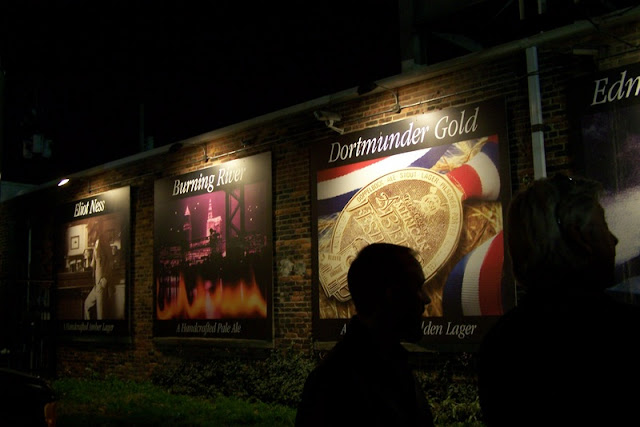 OK, this post has nothing to do with the Beer Barrel Polka (which we danced to at every family wedding…). It just has to do with beer. It’s a recession-proof business, don’t you think? We joined our friends for  a tour of Great Lakes Brewery since my husband’s favorite beer is Dortmunder Gold.  There is a big trend in micro-breweries and home brewing and I love that we have a successful brewery in our backyard. Dortmunder is its most popular brew. It was originally named “The Heismann” named after the famed football player who lived near the brewery but later had to be renamed.

The factory sits down in the eclectic neighborhood of Ohio City just on the other side of downtown. The building originally “served as horse stables, keg facilities and bottle storage for the 1879 Schlather Brewing Company.  The building is old and amazing! Amazing that it sill stands when you look at the beams and bolts holding it together! Horse-drawn wagons would have passed under this arch. 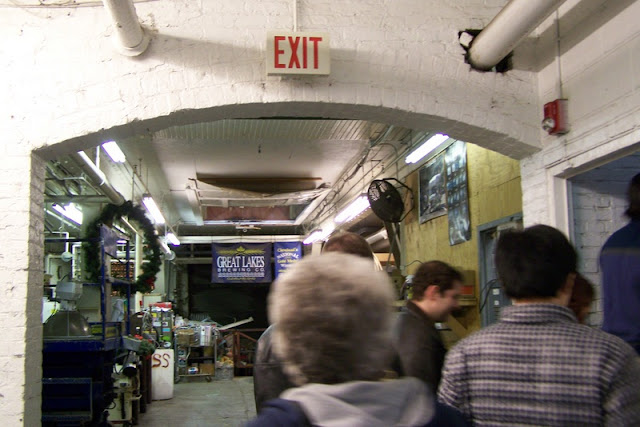 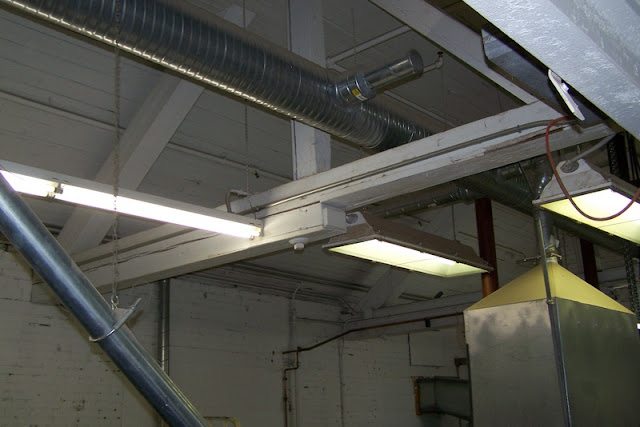 There were grains from all over the world. 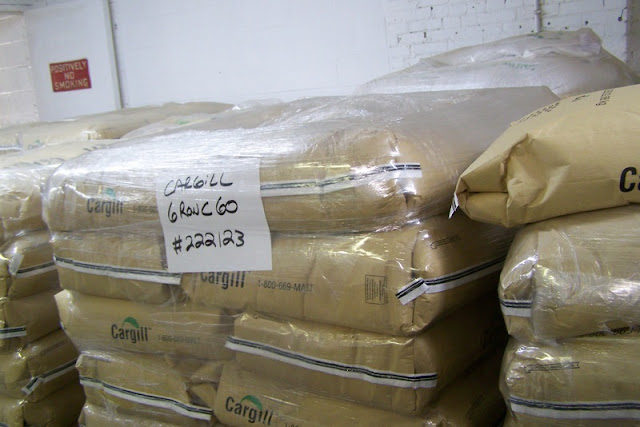 This is all chemical engineering…..something I should still care about, but with the prospect of a tasting next door, it passed through the sieve of my brain. 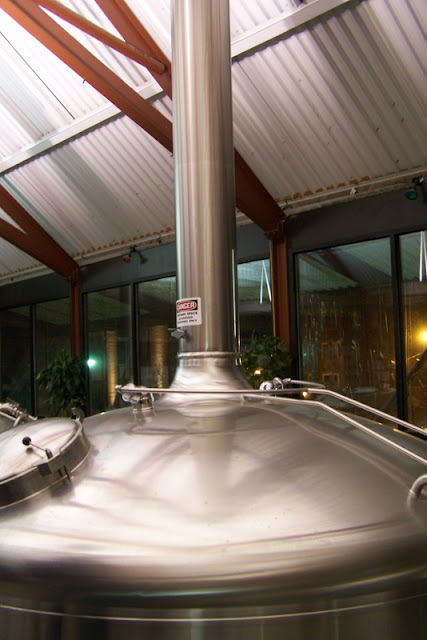 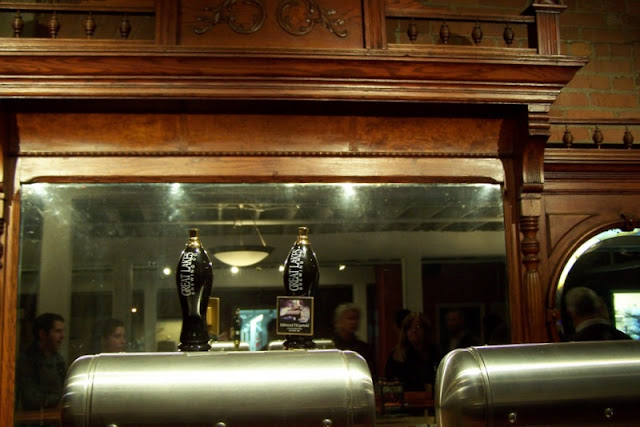 I tasted the Edmund Fitzgerald, a darker beer, which I liked. I also tasted Elliot Ness but didn’t care for that as much.  There was a lot of history shared in the room, including the huge stone letters for “Schlather” sitting on the floor. When you look at the pictures you see that those letters were placed high on the building. 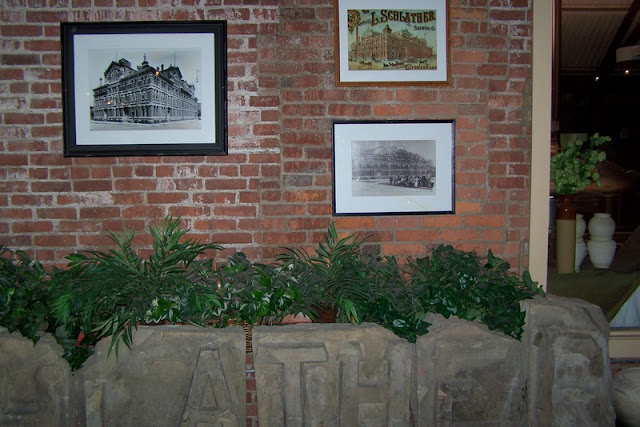 Descending to the lower level was reminiscent of Notre Dame’s “Play Like a Champion”….. 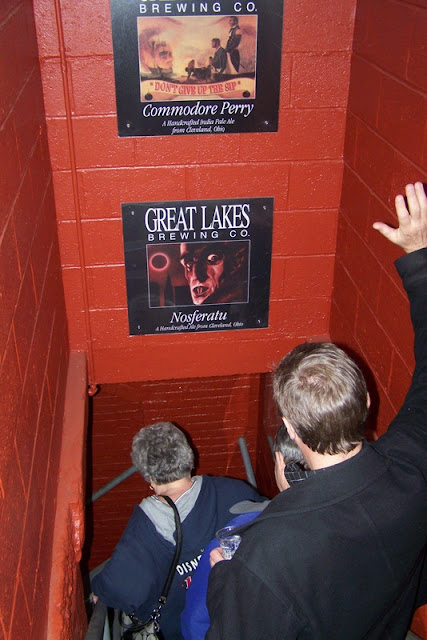 There was a fun gurgling bucket of foam….(see how technical I can be? You’d never know I have an M.S. degree in Chemical Engineering.) 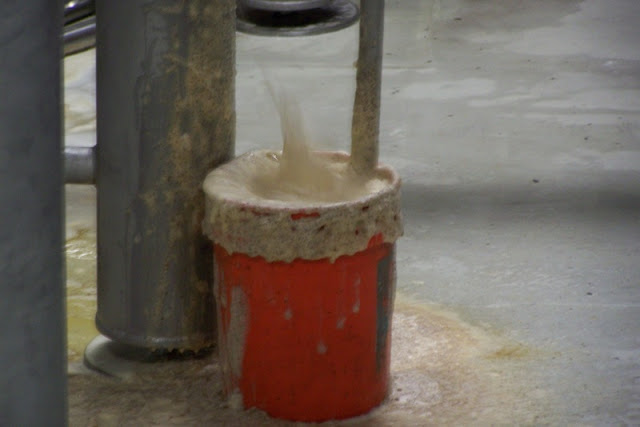 The bottling room was interesting. 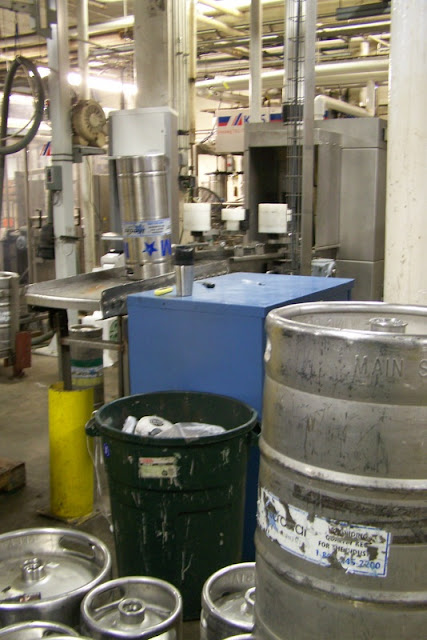 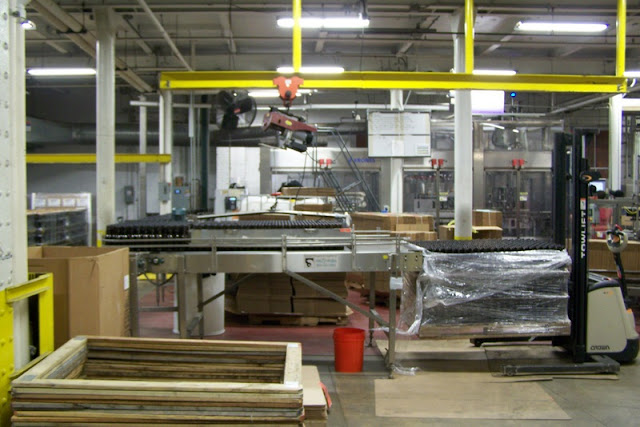 A view from outside. It was a gorgeous, crisp evening in Cleveland! The brews are pumped underground to the restaurant across the street. So all the restaurant beers are not bottled. 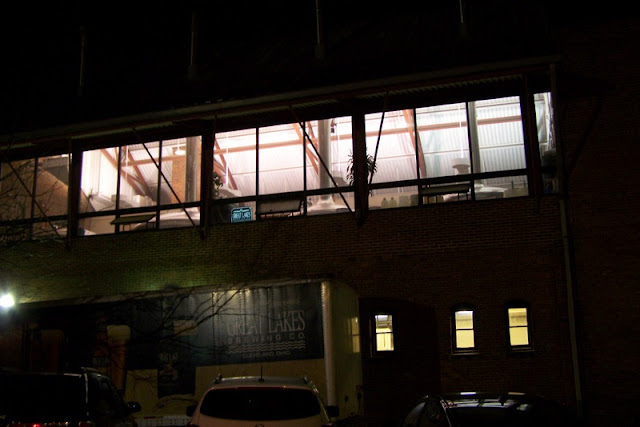 They have their standard beers and seasonal beers. Some flavors are never bottled and sold outside the restaurant, so folks bring growlers if they want to bring a special flavor home. 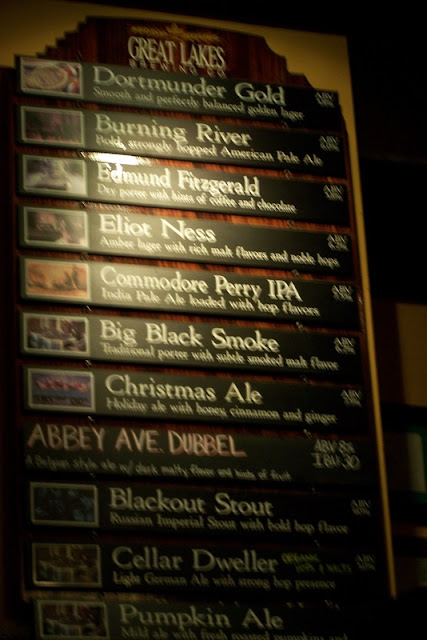 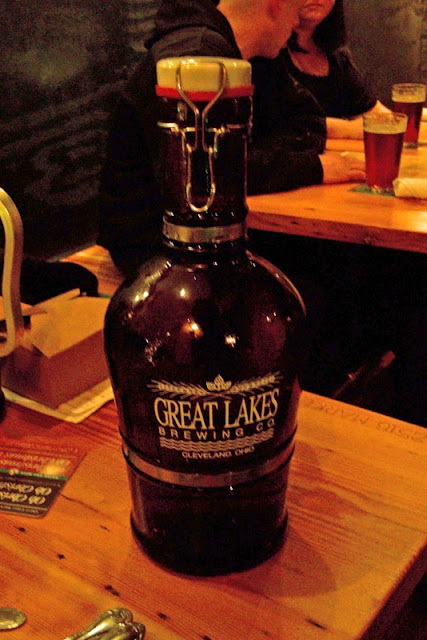 We enjoyed a fun meal with our friends and had a view of the street below.  The pretzels are a wonderful appetizer served warm! I had pretzel chicken which is outstanding! 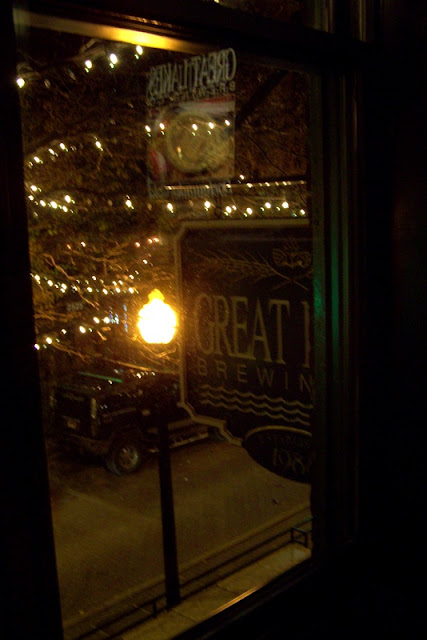 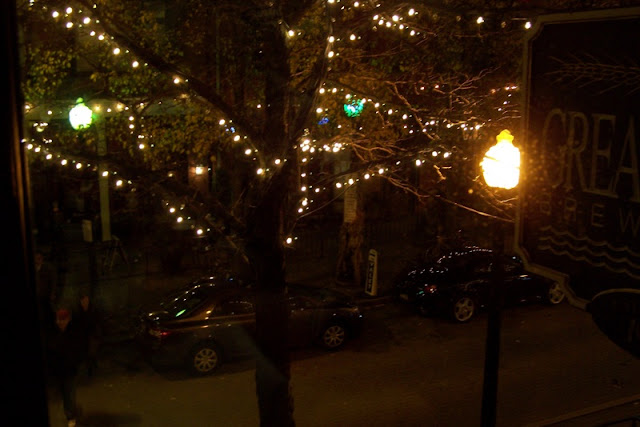 These two? The best! They deserve a post of their own! Thank you for a “Great” evening at the “Great” Lakes Brewery! 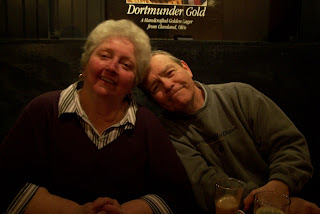