Thoughts on Life – Live Your Dreams 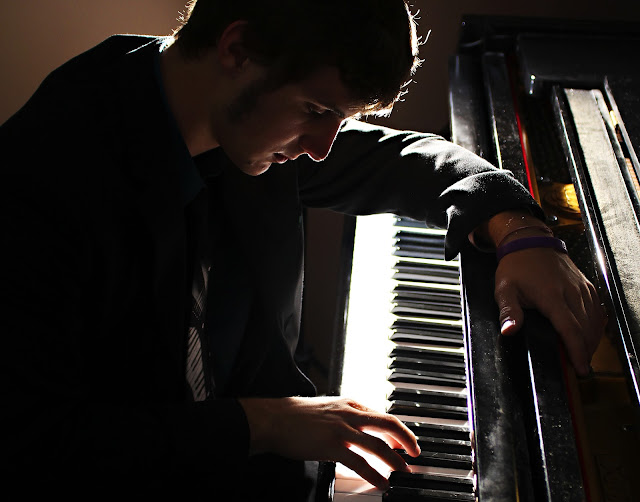 I finally got around to updating some photos in my home.  You might remember that I have a grouping of photos in my “piano room” of each of the kids playing an instrument. Well, my son, who can play just about every instrument, no longer has time to play the saxophone. He’s a piano man now.  I had the wonderful opportunity to work with a local photographer, Jessica Vidmar, to shoot photos of the older two kids right here in the home. (I tried to get all the dust off the piano!!!) 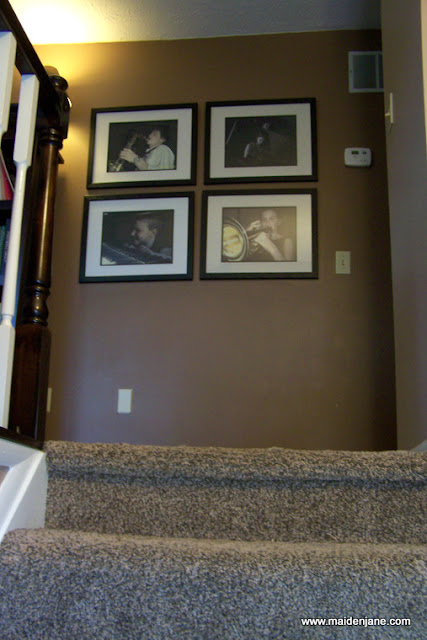 I love that this grouping is pretty dramatic (for me) but not too expensive to make. Having the larger frames with the mat enables me to buy the 14″ x 11″ size photo. I waited until I got a 40% Walgreens Photo coupon and the new print will cost me $6! But I also realized most of the photos were portrait, so I had to chop off  the top of the photo. But I love this one – such a classic, “jazz” photo! 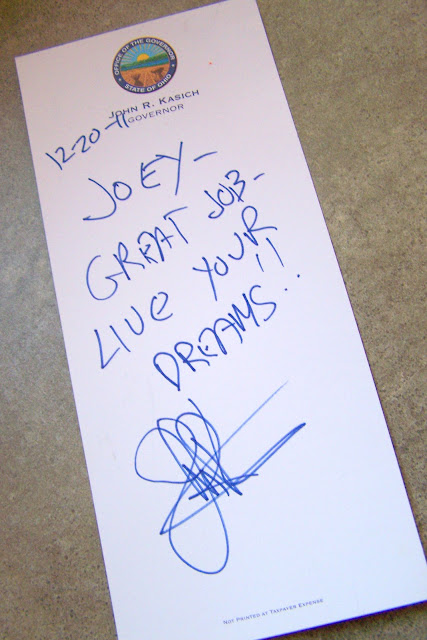 Last year my son played at the Governor’s mansion for an artist event. The local library has a lovely auditorium and often hires the local college kids/jazz trio for their book sales. (No, they don’t do that in my home town either.) A staff member remembered my son and hired him to play. I was thrilled beyond belief and embarrassed him by telling everyone! (That’s probably the reason he didn’t bother to tell me about it.) He didn’t meet the governor, he just played (he’s non-partisan that way….)

Later that year, the Governor came up to Northeast Ohio to visit some local companies that were adding jobs. One of those companies was my husband’s employer. My husband gave the Governor and his entourage a tour of the factory. Being the proud dad, my husband said “my son played at your mansion!” The Governor, who was very nice to my husband, politely said that he remembered him and then gave him this note.

My son probably rolled his eyes, but I love the message none-the-less. And hey, if it were up to his parents, he’d be studying engineering. But in the end, we want him to “live his dream!” And we are enjoying watching it unfold.