Tuesday Inspiration – the Words of a Coach 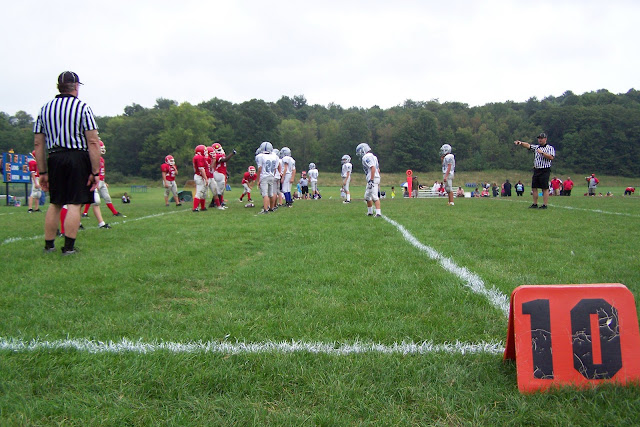 We’ve moved on from football to basketball.  Last night we were at my son’s tournament championship game.  They had won all three of their games.  The air was charged.  School friends and cheerleaders were in attendance; there was announcing of the players and the singing of the National Anthem.  Watching the previous girl’s game wrap up, I saw the runner-up team receive a trophy and the championship team receive a trophy and individual medals.  Each girl was called by name as her coach presented her with the medal.

Our game began evenly matched – or so it seemed.  It was fast-paced and physical.  The other team was unstoppable, however.  They maneuvered the ball well and sunk nearly all of their shots.  They were amazing!  Our team received the tournament runner-up trophy and the champions were crowned.  When it came time for the coach to hand out the medals, he was was reminded to present them to the members of the team.  Instead, he held up the group of medals in his hand and said, “We are the Cougars.  We are a team.  There are no individuals.”

I was really impressed by the coach’s words.  I believe that a strong team is just that – a team working together.  As I watch the Cleveland Cavaliers, they appear to be a team now.  With LeBron James, who was no denying a superstar and very fun to watch, the team seems to rely on each other more and play as a team.

I believe it is possible to have superstars on a team, but I also believe a successful team requires leadership.  How does one inspire excellence and success?  I believe there is a physical component but, mostly, psychological component.  A coach like Lou Holtz, for example, who demonstrated success as a coach, could motivate his players.

How about Ernest Shackleton?  He must have been a leader to get people to respond to this ad:

Endurance is one of my favorite books.  I’m amazed at the ability of Shackleton to assemble a group of men willing to go on an antarctic mission, to lead them into it and successfully lead them out of their ordeal of being trapped in pack ice.  It’s an amazing story of survival – and leadership.  (The photographs of this expedition are equally amazing.)

I admit, I am not much of a team player.  I didn’t play team sports when I was a younger girl.  I didn’t have much of an opportunity to do so, nor the desire.  The few times I had to play during gym (hated that class!)I was afraid I would let the rest of the team down.  I focused, instead, on sports and activities that relied on my own abilities – like tennis, swimming and ice skating.

In the corporate world, I was often placed on a team.  I admit that here, also, I did not always enjoy being on a team.  Just because a team exists does not guarantee it will operate successfully.  I believe a team requires successful management – or coaching.  In a rudderless team there can be a lot of jockeying for power.

In the local news today a coach and physical education teacher facilitated the track team drinking egg nog and then running until they puked.  (Last man standing wins.)  Apparently this is a common exercise around the country in running clubs.  Some support her actions saying that it wasn’t “required.”  I don’t see anything healthy about this practice.  Not to mention the fact that the coach posted the video on Facebook. Is this leadership?  Is this inspiring kids?

My youngest son has been involved in team sports more than anyone else in my family.  I tell him that he has to love the sport and love the practice because it is a huge time commitment and there are no guarantees that he will see playing time.  I enjoy watching sports and admire the amazing physical prowess of athletes.  But I am more intrigued by the ability of coaches to inspire excellence.

What about you?  What do you think makes a successful team?  Leader?