Memorial Day – A Letter from a Brother 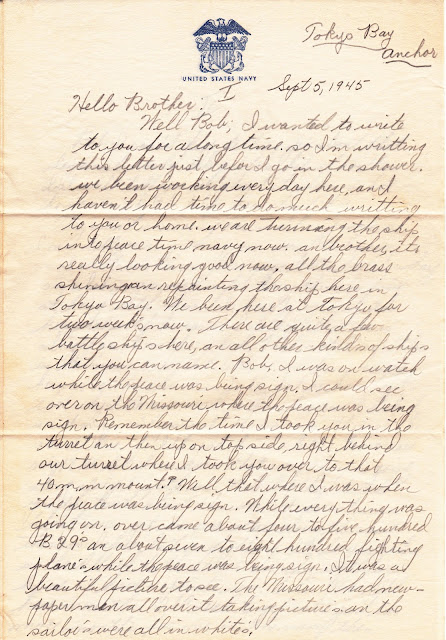 My daughter is applying for a scholarship and needed a copy of my dad’s discharge papers. My mom was surprised to find this letter from my uncle to my dad. It was written at anchor from Tokyo Bay where Japan’s surrender was signed. (More information here.)
The letter is interesting in the way that it describes how my uncle was on watch up in the turret as the peace treaty was being signed on the Missouri. He describes the scene as having all kinds of ships and hundreds of B29s and fighting planes flying overhead.
They were no longer censoring mail at this point, as my uncle notes. He also said that it really didn’t feel like the war was over because they were doing the same things as before, with no fighting. It reminds you of the daily duties that our soldiers face, on top of the prospect of attacks and/or fighting.
My dad served in the Navy as a radio operator and served with the Marines in the Battle of Iwo Jima. My uncle also mentions my other uncle who was serving on the German front.
My dad was one of five brothers raised by their mother, Jane (my namesake). This letter is a reminder to me to understand, not only our national history, but family history as well.
In honor to all those who have served and are currently serving and who gave their lives for this nation, Happy Memorial Day. 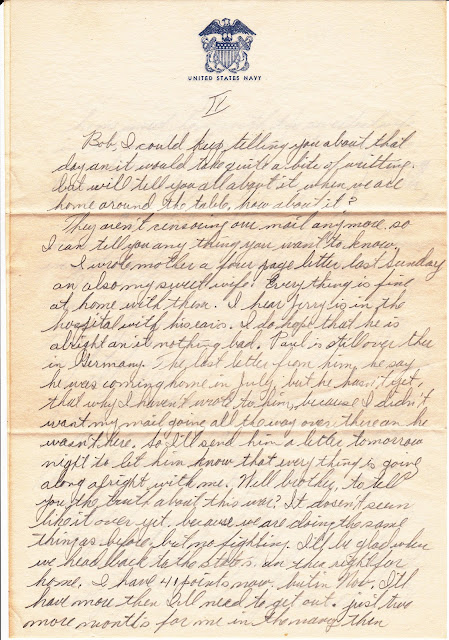 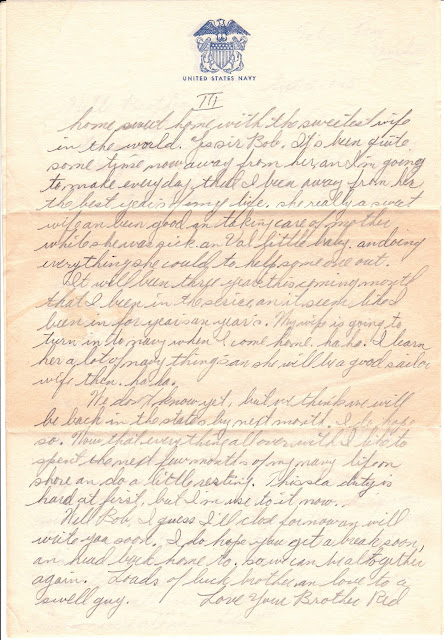